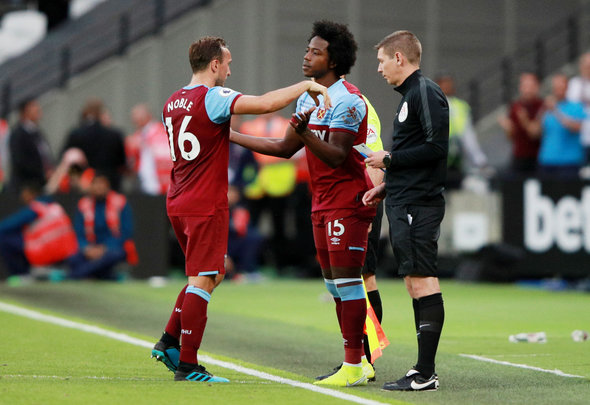 It’s true about Sanchez! They want to shift him. His contract is up in the summer anyway and they want to see if someone will take him till/before then. https://t.co/NTznlWSfWw

This came after Football Insider reported last Monday that David Moyes has performed a u-turn on selling players and is actively trying to get rid of the former River Plate man this window.

Supporters were quick to start the Sanchez banter with one joking that Alaves might take him, having already signed Roberto on loan this month.

In all seriousness, though, Sanchez’ departure would leave only Declan Rice and Mark Noble in terms of fit central midfield options unless the Tomas Soucek deal goes through.

Any chance we could offload him to Alevez , after all they took Roberto. So they can have the worst goalkeeper I have ever seen and the worst Midfielder

No chance anyone will buy him, he’s not even good enough to get a game over the marshes

I can’t see many Sunday League sides being interested unfortunately

I’ve heard Uber are looking for drivers. Not sure if he could pass the test; or even pass the butter tbh.

Who would take him 😂😂

Give him to a charity shop, they might be able to shift him quicker..

If someone took roberto you never know

He Had lead in his boots Saturday 🤣

Let us know if he needs a lift to the airport😉