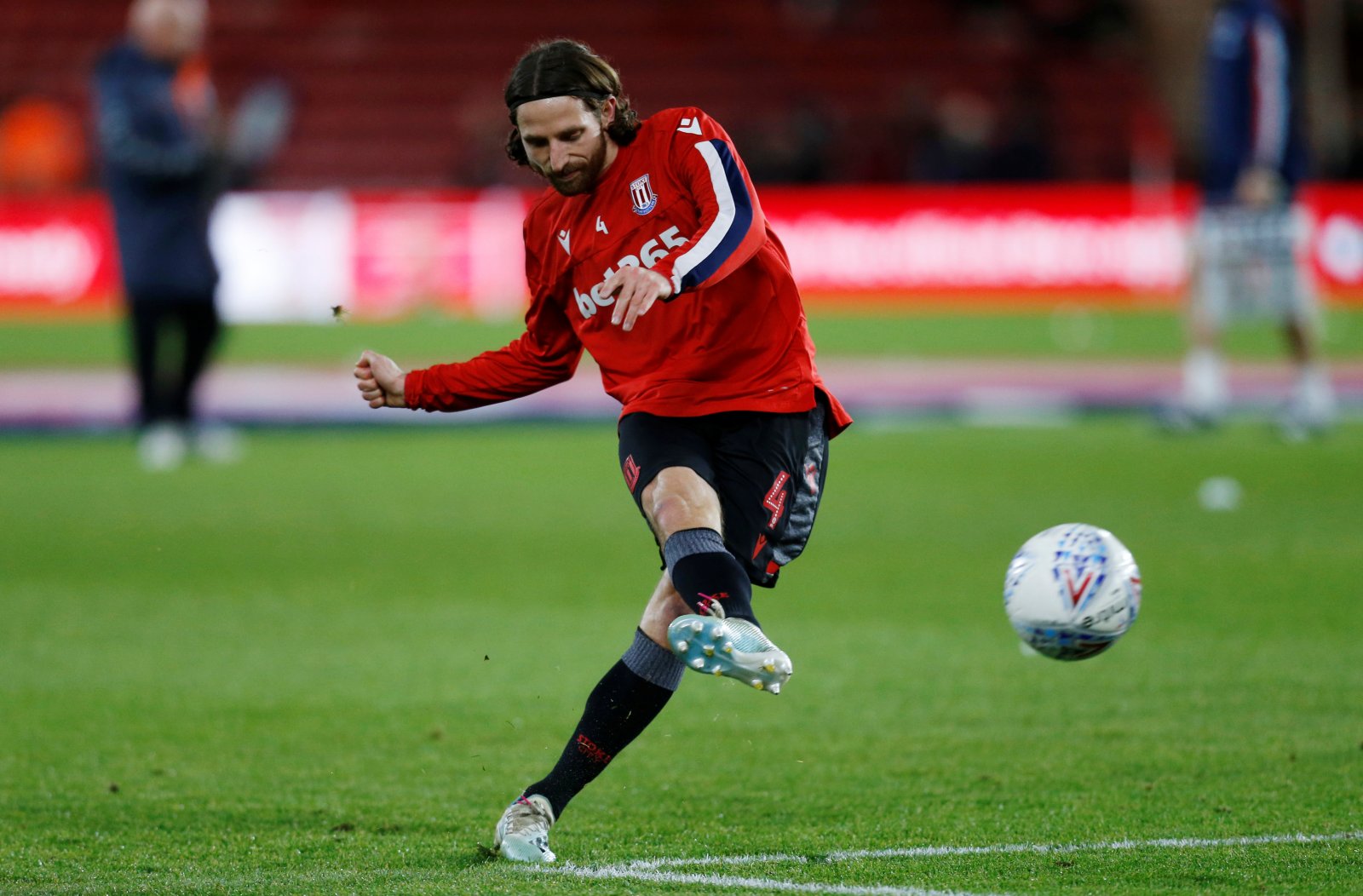 Some West Ham fans have been reacting to an update on Joe Allen from ExWHUemployee on Twitter and their opinions are split.

Ex Tweeted early on Thursday morning to provide the latest on the 29-year-old‘s transfer, delivering the news that the club have “always” been keen on the player and are eager to speak to Stoke City to see what can be worked out, also mentioning that the situation is similar with Sander Berge.

A selection of supporters appeared to be satisfied with the Allen info, seeing him as a potential replacement for Carlos Sanchez, drawing on his Premier League experience and exclaiming that they think he’s better than some of the previous “tripe” in east London.

In contrast, others were furious about the club trying to sign the former Liverpool star, talking about their embarrassment, questioning what the hierarchy see in the midfielder and humorously stating that they would rather see Martin Allen back in a Hammers shirt.

Embarassing. Yet again board prove to be liars, promise next level we get Randolph back and Joe Allen. #GSBOUT

I think Allen is a league above some of the tripe we have had! A new club new challenge could do him good! I remember people said the same about Fabianski when swans went down! Imo get Berge first main MF then get allen as a back up and release Sanchez! Also Clynn on loan COYI

At least Allen knows the premier League. The last thing we need is to spend big money on a player who will come in and be useless for the rest of the season because they’re adjusting to premier League football

Genuine question… what is it we see in Allen?

Would rather Martin Allen make a return!