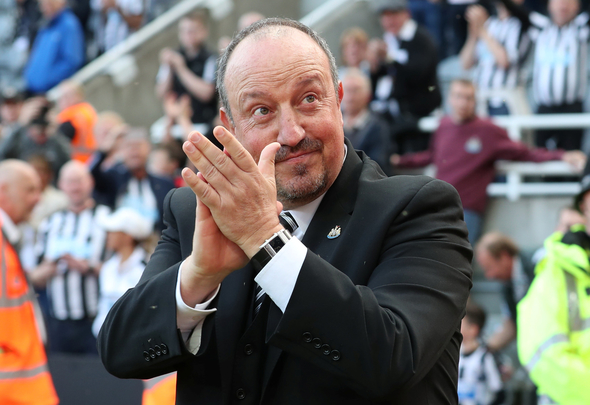 West Ham United need a bit of a change, and Saturday’s 1-0 win over Chelsea doesn’t alter that fact. It’s given manager Manuel Pellegrini temporary respite, but likely not much more than that.

So it’s no surprise that a whole host of names have been linked with the east London outfit in recent weeks, and one of the most prevalent has been Dalian Yifang boss Rafael Benitez.

Unfortunately, though, that ship may have just sailed. The Daily Mail reported on Tuesday that any club looking to bring Benitez back from China would have to pay a world record managerial buyout fee of £20million.

That’s a blow to the Hammers, who the Mail’s report say have the Spaniard as a top candidate to replace Pellegrini should the under-pressure Chilean be given the axe.

It’s said that the former Liverpool and Newcastle United chief, who has won 13 trophies in his glittering managerial career, has little intention of leaving the Far East just five months after arriving.

That’s news that will frustrate the West Ham hierarchy and the club’s fans. If it would really cost £20million to bring Benitez to the London Stadium then the Irons’ pursuit of the 59-year-old is surely up in flames.

We all know that David Gold and David Sullivan don’t like splashing the cash – one of the reasons, you assume, that Pellegrini is still in a job – and so there’s next to no chance they’d pay a big termination fee to the South American and then give £20million to Dalian for Benitez.

That’s a real shame, because Rafa is the man for the Hammers. He is a top class manager, a defensive specialist who would instantly improve the side’s fortunes. Unfortunately, though, it doesn’t seem like he’ll be at the London Stadium any time soon.