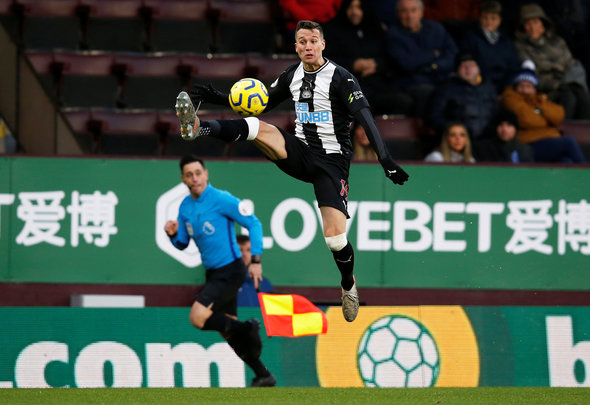 The full-back situation at West Ham United isn’t great and, while it’s perhaps worse on the left hand side, there is an issue at right back as well.

While Ryan Fredericks is a decent enough player, his only back-up at the moment is a 34-year-old Pablo Zabaleta – 35 next month, who appears to already have one leg in the retirement home.

Clearly he’s not going to be around for much longer, and so the Hammers need to find themselves someone who can compete with Fredericks for a starting spot moving forward.

It came as no surprise, then, to read in the Daily Telegraph on Sunday that the east London outfit are one of three Premier League teams looking to poach Newcastle United right back Javier Manquillo.

The 25-year-old’s Magpies contract is up at the end of the season, and so they could be tempted to part ways with the reliable Spaniard in January. Crystal Palace and Brighton & Hove Albion are also taking a look at him.

West Ham, though, must ensure they obliterate those two top flight rivals in the chase for the Newcastle star. Yes, he’s not a big name, but a right back of Manquillo’s consistency is something the Irons desperately need.

The former Atletico Madrid man has started the last four games for Steve Bruce’s side, producing solid performances – and one excellent one, against Sheffield United – in all of them.

As per WhoScored.com, he is averaging 1.5 tackles, 0.9 interceptions and 1.8 clearances per game. Furthermore, he only gets dribbled past 0.4 times an outing.

He’s not the most sparkling going forward, Manquillo, but he is extremely reliable at the back. In many ways he is the antithesis of Fredericks, which makes him the ideal man to compete with the former Fulham star.