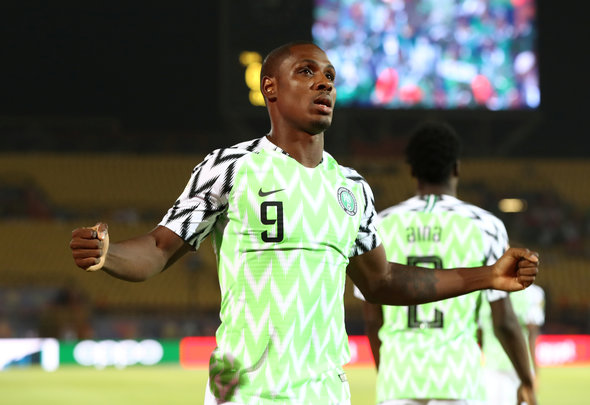 We all know that West Ham United have struggled in the final third this season. Club record signing Sebastien Haller has failed to live up to his immense price tag, although the service he’s received has been below par.

The Frenchman’s struggles led to Hammers manager Manuel Pellegrini dropping him for Saturday’s 1-0 win over Chelsea, with utility man Michail Antonio lining up in his place up front.

So it’s no surprise that the east London outfit are being linked with attacking reinforcements in January. TEAMtalk reported last week that the Irons are one of a number of Premier League teams vying for the signature of former Watford striker Odion Ighalo in January.

The 30-year-old is currently plying his trade in China with Shanghai Shenhua, but is thought to be keen to return to English football after his stint in the Far East.

Surely, given the struggles of both Haller and fellow summer recruit Albian Ajeti, West Ham need to ensure that they are the ones who pull the trigger on the Nigeria international.

This is, after all, a man with 131 career goals on his ledger. He is a proven goalscorer, with 17 strikes and six assists in 55 Premier League games for the Hornets [Source: Transfermarkt].

He’s still in good form, too, bagging 46 goals in 73 games over in China. Yes, it’s a lower standard of football, but there’s been no indication that he’s ‘past it’.

Ighalo is somebody who’s worth a punt on come the New Year. He has experience of playing in a front two, as he did alongside Troy Deeney with huge success at Vicarage Road, and so he could play up top with Haller, hopefully helping to end the Frenchman’s recent isolation.

Yes, this is a move that the Hammers really need to go for. He might not be the biggest name, but he would certainly improve this Irons squad.