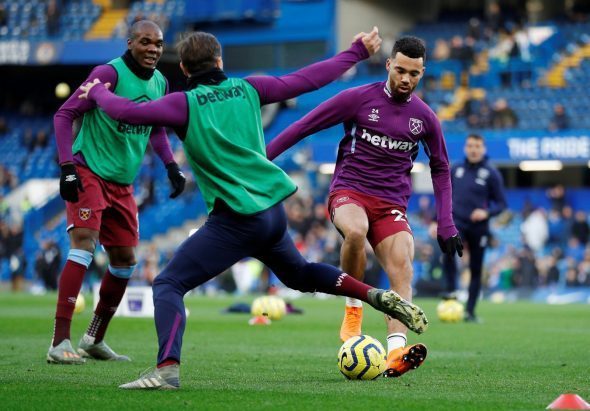 West Ham United travelled to Wolves on Wednesday night on the back of their massive 1-0 win over Chelsea that put an end to their two-month winless run. It was also their first clean sheet in that time, but that stood for nothing when Leander Dendoncker gave the home side the lead midway through the first half, poking home from a corner. The defending was nowhere near good enough from Ryan Fredericks in particular, who lost the Belgian far too easily. Only Arthur Masuaku and Declan Rice have averaged more tackles per game this season than Fredericks according to WhoScored, but that means nothing when you can’t win your personal battles in dangerous areas around your own goal.  Many West Ham fans took to Twitter before half time to slam Fredericks, mainly for his part in the goal that put them behind – claiming he continues to prove that he is one of the worst defenders available to Manuel Pellegrini this season. 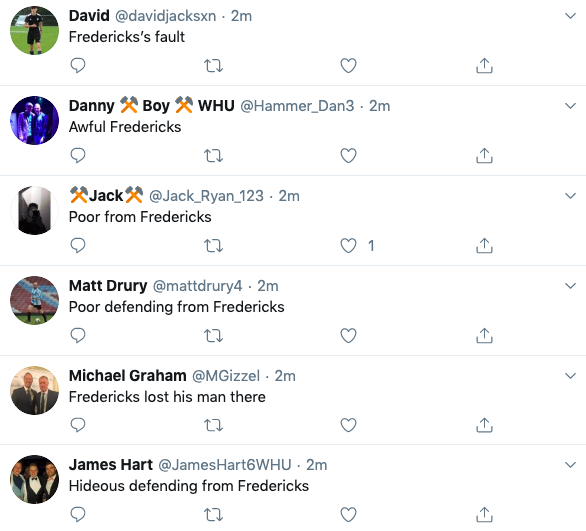 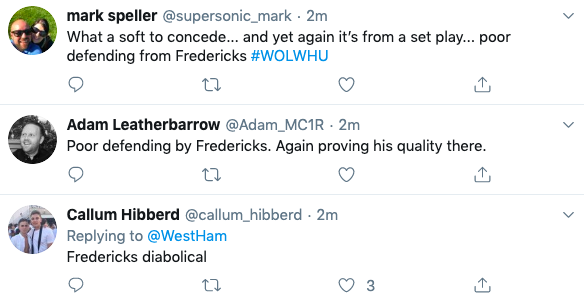