Robert Snodgrass has been one of the shining lights of the season for West Ham United so far, especially during the previous two months which have only seen a single win. The 32-year-old has been involved in three goals in his seven starts, at a time where Manuel Pellegrini’s side were more than struggling in front of goal. Having said that, the Scotsman was nowhere near good enough in the 2-0 defeat against Wolves on Wednesday. Snodgrass was poor in the middle of the park, and missed a clear cut chance to bring the Hammers level with the score at 1-0 – taking a poor touch when clean through on goal in the second half. Many West Ham fans took to Twitter to blast Snodgrass at the full-time whistle, with the majority still in disbelief he actually missed that chance – one even went as far to say that he should be sold by the club, maybe a bit of an overreaction. 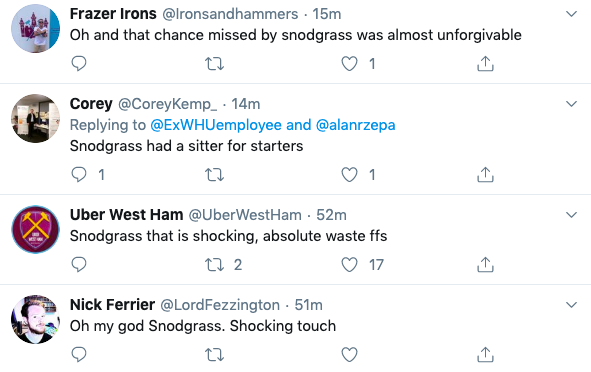