The Daily Mirror reported on Thursday night that West Ham United’s owners David Gold and David Sullivan have become unimpressed with director of football Mario Husillos, particularly for his role in the signing of disastrous goalkeeper Roberto. While you can definitely put a fair bit of blame on the Argentinian’s shoulders for bringing the 33-year-old to the club, as well as his myriad other failings in regards to transfers, the Hammers’ owners are definitely shifting responsibility here. First of all, who appointed Husillos? Secondly, can we not blame Sullivan for the numerous poor players he brought in when he was in charge of transfers? It seems that owners of football clubs operate with complete impunity. That’s certainly how the West Ham faithful see it, and they’re clearly pretty cheesed off with the situation. Although they likely don’t rate Husillos either, they clearly don’t appreciate the hypocritical stance Messrs Gold and Sullivan are taking here. 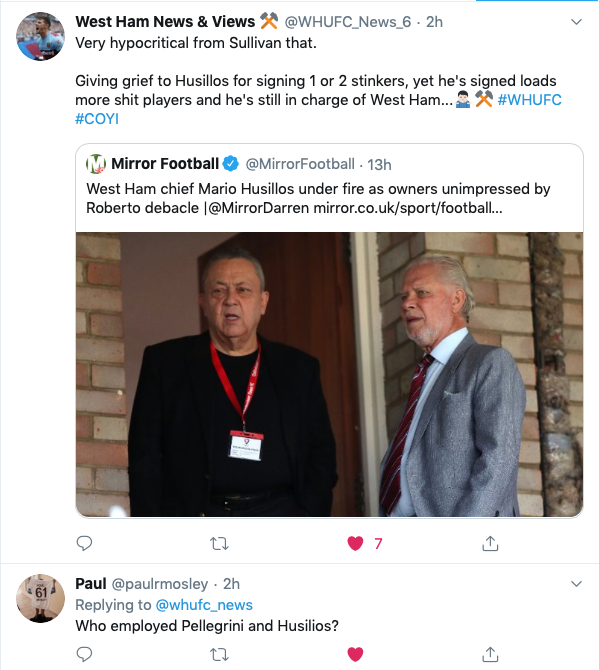 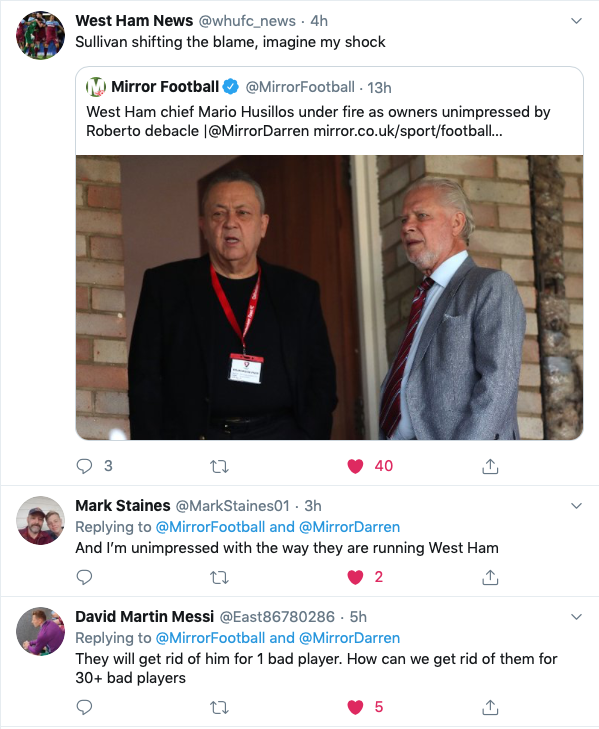 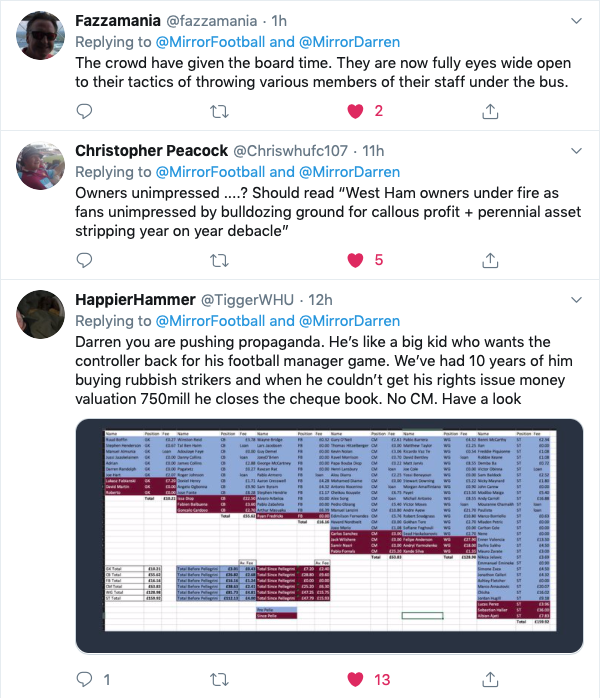