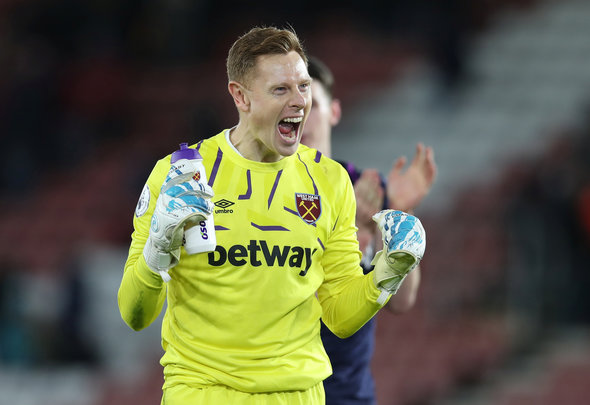 West Ham United’s goalkeeping situation has been absolutely shocking this season, but it appears to have stabilised somewhat in recent weeks.

The majority of the credit for that must go to stand-in shot-stopper David Martin, who has proved a fool of manager Manuel Pellegrini and director of football Mario Husillos by far outperforming their golden boy Roberto.

The Spaniard was an absolute disaster after coming in to replace injured first choice Lukasz Fabianski, but Martin has steadied the ship. Now, though, the waters could be about to get rather choppy again.

That’s because reliable Hammers news source Claret & Hugh reported on Sunday that Martin suffered a muscle injury against Southampton on Saturday which would be assessed to examine the extent of it.

It’s hoped that Fabianski could be back fit enough to play against Crystal Palace on Boxing Day next time out. However, that is far from guaranteed, meaning that the Irons will be forced to worry over Martin’s recovery in the next week and a bit.

If he doesn’t make it and Fabianski isn’t quite fit enough, then Pellegrini could be forced into starting Roberto once again, an unthinkable state of affairs for most West Ham fans.

This is news that will surely have the Hammers supporters sweating buckets, then, because the idea of Roberto returning is enough to fill them with dread.

This is a really worrying issue for the east London outfit. Nobody – nobody – wants to see Roberto back manning the sticks. Unfortunately, though, it could be a genuine possibility.