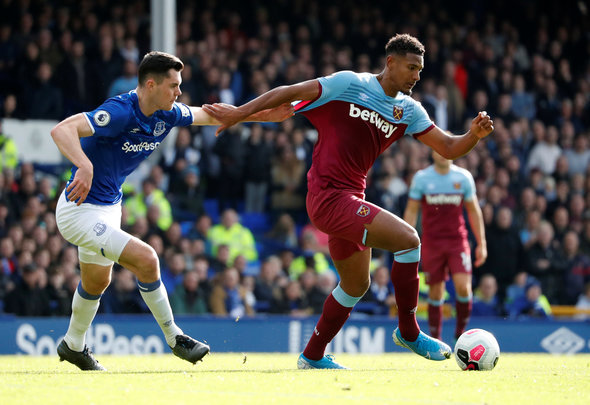 The old adage is that you never change a winning team, which Pellegrini would be doing after Saturday’s 1-0 win over Chelsea, but that’s what the Chilean should do here.

It would be a good idea for him to axe underperforming duo Felipe Anderson and Pablo Fornals, with Sebastien Haller and Arthur Masuaku set to replace them.

Although Michail Antonio did well up front at Stamford Bridge, you do feel that a strike partnership of him and Haller could bring the best out of both of them, and be enough for the Hammers to outdo Nuno Espirito Santo’s side.

David Martin finally came into the team between the sticks on Saturday and produced a performance of consummate professionalism, in stark contrast to those delivered by Roberto in recent weeks. For that reason, he must keep his place here.

At right back, Ryan Fredericks is the undisputed number one for a reason and should start once again on Wednesday. Meanwhile, Saturday match-winner Aaron Cresswell has to stay where he is on the opposite flank. With Issa Diop out inured the centre halves pick themselves: Fabian Balbuena and Angelo Ogbonna.

Inc central midfield, we saw what the Hammers could do on Saturday. Mark Noble and, particularly, Declan Rice were superb at the Bridge. Both men must retain their places at Molineux.

Out wide, Robert Snodgrass is the clear choice to start on the right flank, while Masuaku should come in for the out of form Fornals on the left wing.

And up top, as mentioned, Haller and Antonio must team up in a partnership that would see Anderson miss out, but could result in the Irons firing against Wolves. 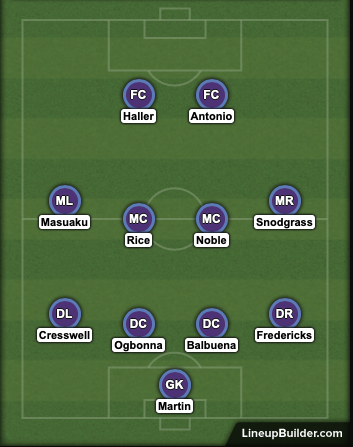