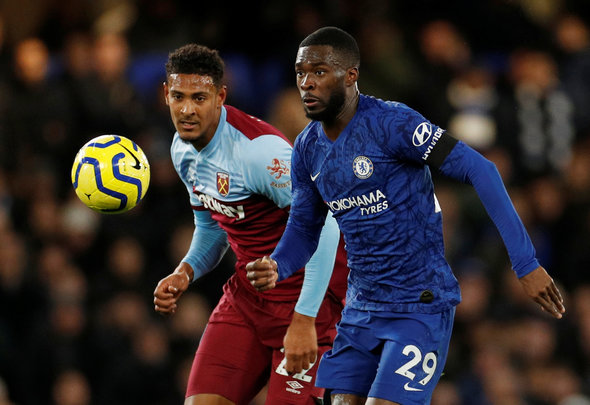 West Ham United manager Manuel Pellegrini would be wise to make three changes and a bold formation switch for Saturday’s trip to Southampton.

The Chilean appears to be wedded to his precious 4-2-3-1 formation, even if Felipe Anderson played a little closer to Michail Antonio against Arsenal on Monday. However, he would be wise to move to a 5-3-2 system against the Saints.

That would mean that Anderson, Aaron Cresswell and Robert Snodgrass must drop out of the starting line-up, with Issa Diop, Arthur Masukau and Sebastien Haller set to replace them.

You’d have to think that those changes would at least give the Hammers a chance of outdoing Ralph Hasenhuttl’s relegation-battling side in what is a crucial contest for Pellegrini’s future.

There’s no doubt now that David Martin is a superior goalkeeper to Roberto and, with Lukasz Fabianski still out, the former Millwall man should keep his place between the sticks.

Ryan Fredericks must be given a slightly different role on Saturday, playing as a right wing-back rather than an orthodox right back. The same must go for Masuaku on the opposite side of the pitch, with Cresswell dropping out.

Diop should come in for Snodgrass, who would perhaps be unlucky to be dropped. However, the Frenchman needs to partner Fabian Balbuena and Angelo Ogbonna in a three-man central defensive unit.

A three man midfield is therefore necessary to maintain the balance of the side, and so Declan Rice and Mark Noble should be joined by the improving Pablo Fornals.

And then, up top, West Ham fans must finally be given the chance to see Haller and Antonio work in tandem. 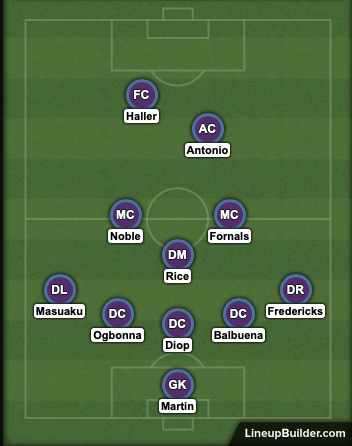