Pellegrini has one game to save West Ham job 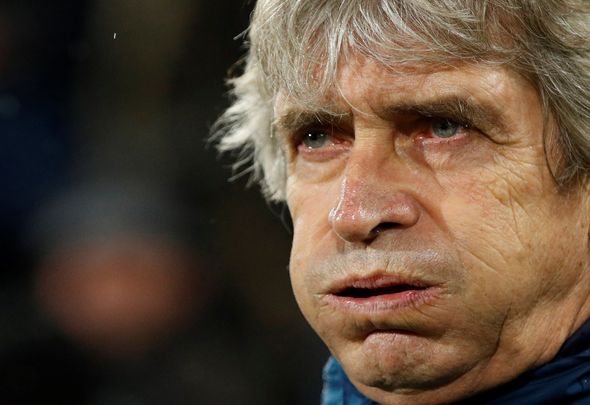 Manuel Pellegrini has one game to save his job as West Ham manager. according to reliable source ExWHUemployee.

The Chilean has come under mounting pressure in recent weeks, with his side suffering a dire slump in form that has seen them win just one in 10 in the Premier League and slip to 16th in the table.

And if Pellegrini fails to pick up all three points against Southampton next time out, it is understood that he will be dismissed.

Writing on his personal Twitter account, Ex said: “This is so frustrating now as my phone is full, but in a nutshell he has the Southampton game, as said yesterday.

“Lose that and then he will go.

“Options being weighed up.”

This isn’t much of a surprise really. The Hammers are in appalling form at the moment, and the fact that a side of their supposed quality, having bought as many highly-rated players as they have in recent times, could be in the midst of such a terrible run is almost unthinkable. This is a club who many had down for an outside shot at the top four this season. Now, they are desperately looking over their shoulder trying to avoid a relegation battle. You would expect them to still be fine, of course, but you would also expect them to have won more than one of their last 10 matches. Nothing can be taken for granted now, and even if the Irons beat the Saints, you have to wonder whether it will be enough to restore the faith of a fanbase who haven’t seen enough from their side so far this season. A change could be what is needed to get this campaign back on track, but even then, there are no guarantees for a club that seem perennially set on underwhelming.