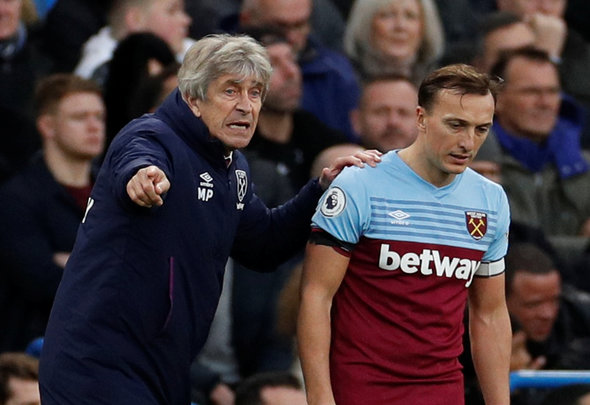 West Ham United captain Mark Noble has claimed that the ‘one consolation’ of the team’s poor form is that he is playing well.

The 32-year-old has had an OK season, sure, but he’s hardly been anything special. Declan Rice and Angelo Ogbonna are both surely ahead of him in the Hammer of the Year chase.

Noble, though, is pleased with his play: “The one consolation is I’m playing well and I’m not letting the overall situation affect my form,” he wrote in his Evening Standard column.

“For me, that doesn’t really matter. All I want is for us to win some games, pick up some points — and raise the confidence levels.”

Wow, this just seems incredibly tactless from Noble. When you’ve only picked up one win in 11 games and are languishing just one point above the relegation zone, it’s probably not the best time for the captain to come out and bang on about how he’s playing well, saying it’s the ‘one consolation’ of the team’s struggles. That’s just ridiculous and, as mentioned, Noble’s form hasn’t been anywhere near comparable to Rice’s, Ogbonna’s or even the resurgent Michail Antonio’s. The statistics demonstrate as much. Noble’s numbers are average across the board. As per WhoScored.com, the Englishman has scored once and grabbed one assist this term, while he is averaging just 0.6 shots and 0.6 key passes per game. He also averages 1.1 dispossessions and 1.3 unsuccessful touches per outing. Furthermore, he’s being dribbled past 1.4 times a game and only averages 0.1 clearances and 0.5 interceptions. There’s really nothing there to get excited about, yet his form is the ‘one consolation’. Come on, Mark.