Mills gets Wanyama take spot on 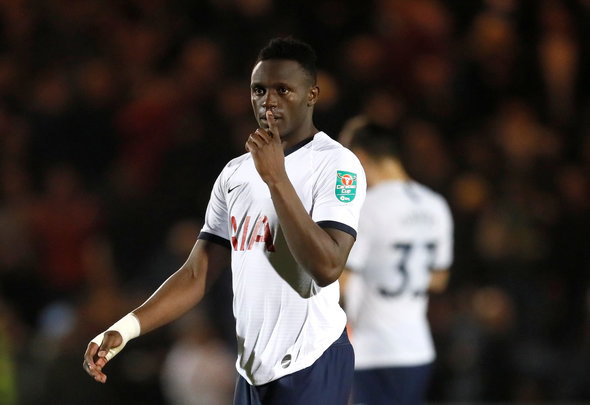 West Ham United have problems all over the pitch, and certainly in a lack of strength in depth, and the middle of the park is no exception.

The central midfield area is an absolute wasteland for the Hammers beyond old reliables Declan Rice and Mark Noble. But with the Irons captain now 32 years of age, he’s no long-term solution alongside the youngster.

It’s no surprise, then, that former England international Danny Mills has been talking up the London Stadium as an ideal destination for Tottenham Hotspur misfit Victor Wanyama.

“Yeah definitely,” the Sky Sports pundit told Football Insider when asked if he could see the Kenyan in east London. “Without a doubt, he’s still got quality, just because Mourinho doesn’t fancy him, it doesn’t mean someone else won’t.”

Mills is right, West Ham must act in January and make a move for Wanyama. The 28-year-old is almost certain to be available, so why not get in the solid centre mid presence the team needs?

You have to go back to the 2016/17 season for when Wanyama was a Premier League regular for Spurs – slightly worrying, if excusable because of injuries – and when you compare his form that campaign to how West Ham’s non-Rice central midfielders have done this term, it’s no competition.

As per WhoScored.com, Wanyama beats out Noble, Carlos Sanchez and Jack Wilshere in average tackles, interceptions, clearances and blocks per game.

Furthermore, he averaged more key passes an outing, as well as more passes a game (54.8) with a superior success rate (87.5). It’s no wonder, then, that his average WhoScored rating for that season (7.21) is way higher than the next highest tally from any of the West Ham men (Noble with 6.44).

Obviously there is a risk given his injury history, but the former Southampton star has been fit for a while now, just not fancied by Mauricio Pochettino or, seemingly, Jose Mourinho – plus he has Champions League experience.

That could work out in West Ham’s benefit if they make a much-needed January swoop. 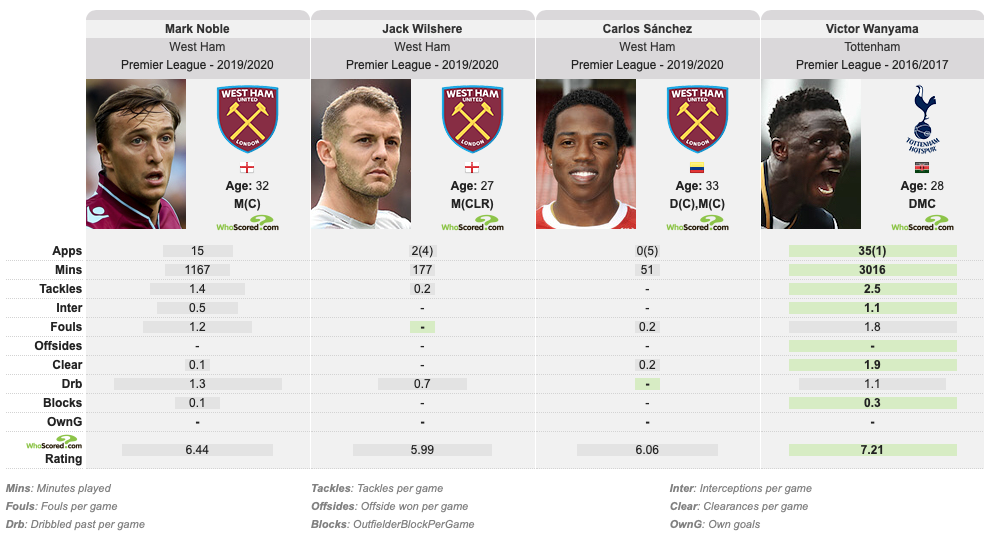