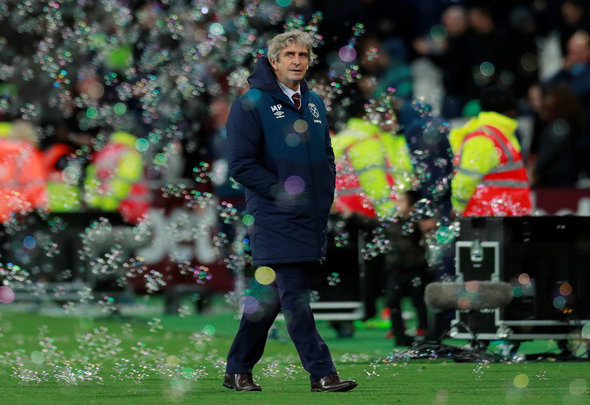 West Ham’s second assistant coach Enzo Maresca has seen his stock rise dramatically at the club in recent weeks amidst growing concern over the future of Manuel Pellegrini, according to The Guardian.

The Chilean boss is in deep water, with his side winning just one of their previous 10 Premier League matches.

Damningly, however, the report suggests that the 1-0 win over Chelsea was actually masterminded by 39-year-old Maresca, with the subsequent losses to Wolves and Arsenal reverting back to type as Pellegrini took control again.

It is also claimed that the Italian could take charge on an interim basis should Pellegrini be sacked in the coming week.

There’s an awful lot to unpack here, but let’s start with the fact that Maresca supposedly masterminded that win over Chelsea. The Hammers fought tooth and nail in that clash, and looked decidedly more solid than they had at pretty much any point in the weeks prior. It did almost look as if they were being managed by a different man entirely, and for them to then lose so poorly in their next two matches, it would certainly suggest that something different was going on. If that was the case, and if Pellegrini is given the shove in the immediate future, why not give Maresca a chance? If the players respond to him, and if he’s tactically astute enough for the Hammers to overcome high-flying Chelsea, then where’s the harm in giving him a few games to prove himself? There will be those who argue that it would be a huge gamble, but at this stage, unless the Irons can lure Jurgen Klopp away from Liverpool – spoiler alert, they won’t – then pretty much anybody would be a risk. Maresca knows the club, let him have a shot.