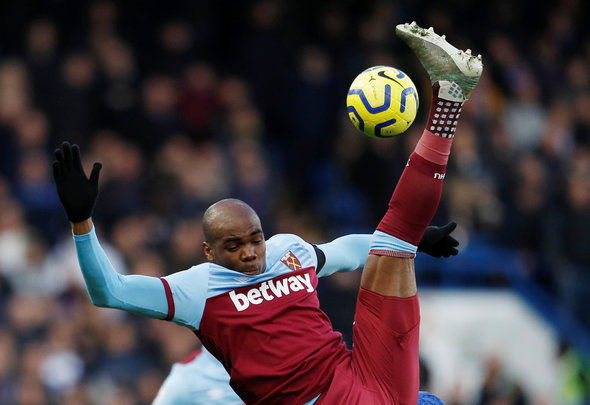 When you think about which West Ham United players have actually been good this season, there’s not too many names which spring to mind.

Goalkeeper Lukasz Fabianski was doing well before his devastating injury against Bournemouth, while people like Robert Snodgrass and Andriy Yarmolenko have been good in patches.

However, Football London’s West Ham correspondent Sam Inkersole feels that it’s centre back Angelo Ogbonna who has been the team’s best player this term.

Inkersole has absolutely nailed it, there. Yes, Snodgrass has been decent of late and, yes, Yarmolenko began the campaign in terrific form, but it’s Ogbonna who has been by far the Irons’ most consistent player thus far.

No awards are given out in December, of course, but if they were there’s very little doubt that the once-polarising Italy international would be the main man for the east London outfit.

His magnificent performance in the 1-0 win over Chelsea is evidence of why he is the only choice at this stage. As per WhoScored.com, the 31-year-old made a tackle, two interceptions, two blocks and a phenomenal 10 clearances. Those are quite staggering numbers, showing his massive value to Manuel Pellegrini’s team at the moment.

His WhoScored rating of 7.46 tells you all you need to know about the effort he put in against Frank Lampard’s men. From a once much-maligned centre half, Ogbonna is now the most reassuring thing about this West Ham team, and undoubtedly their player of the year at present. 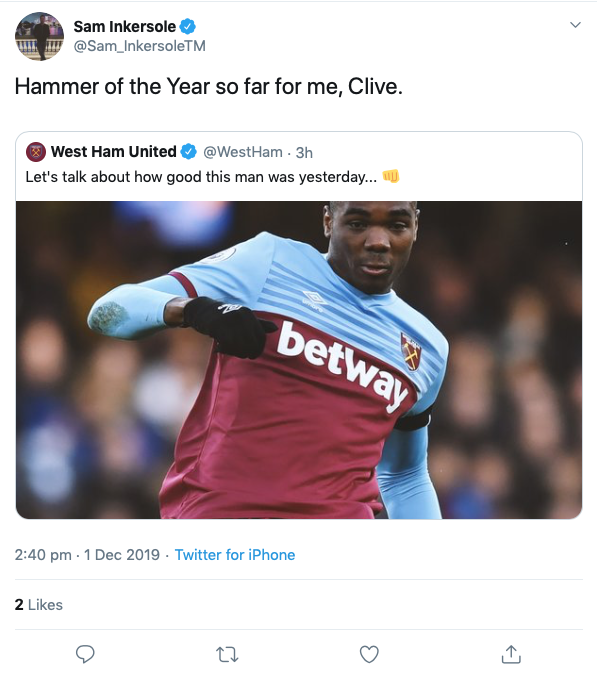