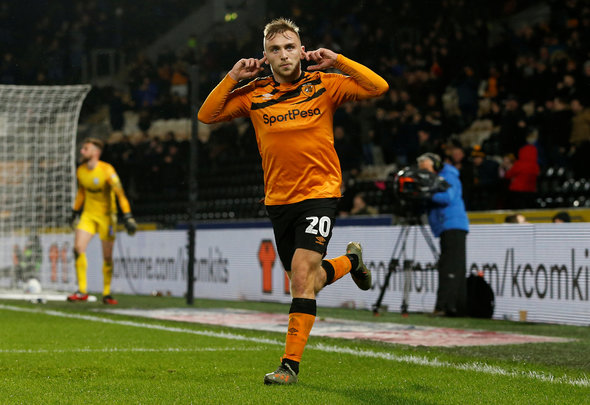 The reliable Hammers news source revealed the update on his personal Twitter account on Sunday, claiming that the 22-year-old has been watched by the east London club.

Bowen has exploded onto the scene with the Tigers in recent years, and has scored 17 times in 23 games this season, after netting 22 in 46 for the Championship side last time out [Source: Transfermarkt].

However, Ex’s update revealed that other transfer targets are also being monitored, while everything transfer-related is dependent on who the West Ham manager is come January. 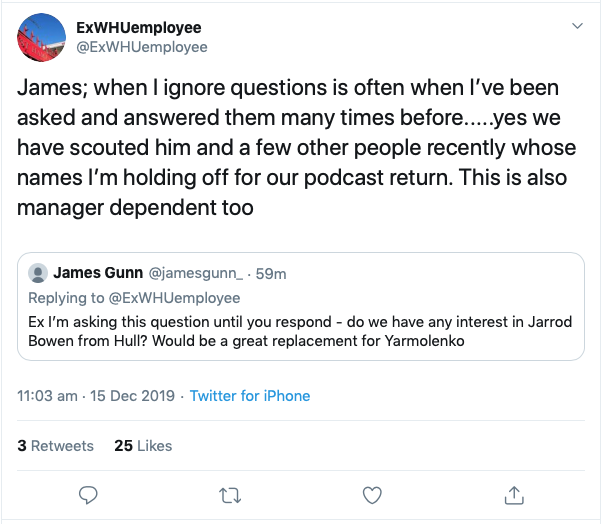 Obviously Ex is going to protect his own interests and so is withholding some transfer information until his podcast returns to the airwaves. However, he does reveal that Bowen is someone West Ham have scouted. That’s no surprise, because this guy has been absolutely phenomenal this season and the last. You could make an argument that Bowen is one of the top three players in the Championship, and he’s just 22 years of age. Certainly when you compare what he has done this season to what West Ham’s playmakers – Andriy Yarmolenko, Pablo Fornals and Felipe Anderson – have achieved, it makes for grim reading for the Hammers trio. As per WhoScored.com, Bowen has scored more goals than the three of them combined, while he’s managed more assists than any of them as well. Furthermore, he is ahead in average shots per game, while he gets fouled the most too. His average WhoScored rating of 7.42 is way ahead of any of theirs, with Anderson’s the next highest at 7.13. Bowen would certainly be a tremendous signing were the Irons to pull it off. 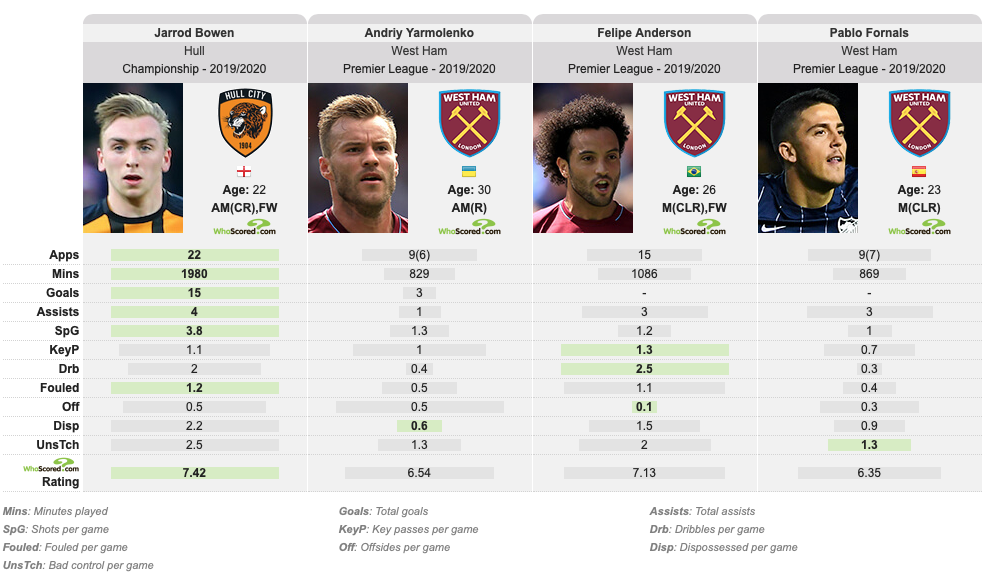