Durham: Anderson is unhappy under Pellegrini 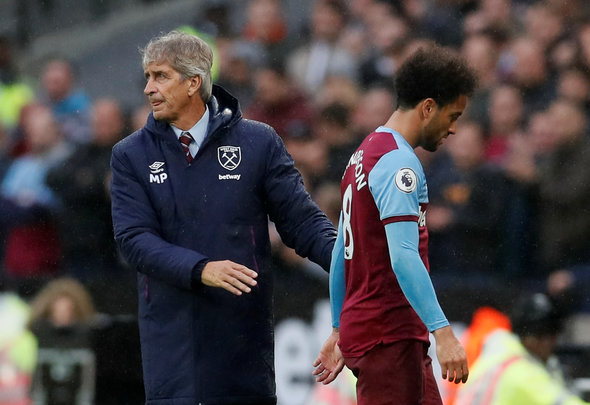 The two men appeared to be involved in an altercation after the Brazilian was substituted against Chelsea last month, and Durham thinks the 26-year-old isn’t enjoying himself in east London.

“It’s clearly upsetting him, isn’t it?”

Obviously as a manager, as Durham says, you should be doing your utmost to have your players firing on all cylinders. But when a quality player like Anderson hasn’t been performing for months on end, it’s hardly surprising that Pellegrini has had a few strong words for him. Sometimes you need to be harsh as a manager, as Sir Alex Ferguson did plenty of times while at Manchester United. Yes, Anderson may have found it upsetting, but that’s not necessarily relevant. The more curious thing is why Pellegrini keeps playing the Brazilian when he’s been so poor for the majority of the season? However, when you’re struggling down near the bottom of the Premier League table, you’re not going to be allowed to get away with anything. When results are poor, tearing into a player in full view of the TV cameras simply isn’t a good look. Both Pellegrini and Anderson deserve a share of the blame, here, and for West Ham’s poor form in general.