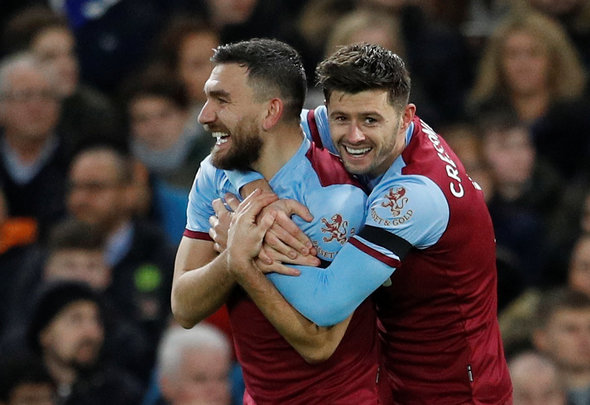 BBC Sport pundit Garth Crooks was left blown away by the performances of West Ham United duo David Martin and Aaron Cresswell against Chelsea on Saturday.

The 33-year-old came into the team for the beleaguered Roberto between the sticks and delivered a calm, reassuring performance in the 1-0 win at Stamford Bridge. Meanwhile, Cresswell scored the game’s only goal in a terrific display.

Crooks was impressed by Martin: “Who would have thought that a 33-year-old, third-choice goalkeeper, on a free transfer from arch-rivals Millwall would save the day by keeping a clean sheet for West Ham at Chelsea?,” he wrote on the BBC Sport website. “Martin stepped into the breach for the Hammers and performed brilliantly. His double save in the first half was crucial but it was his decision making and bravery in the second half that impressed me most.”

And Cresswell caught his eye, as well: “Reece James has looked impressive for the Blues when he has been called on but he fell for Aaron Cresswell’s feint to shoot with his favoured, and deadly, left foot. Cresswell then checked back to bury a superb strike on his right side. This was an outstanding performance by West Ham and Cresswell in particular.”

There’s no doubt that Martin made a big difference in goal for West Ham on Saturday. You could see the huge impact on the Hammers defenders that having a reliable ‘keeper had. They could go about their business safe in the knowledge that they were covered by a shot-stopper who wouldn’t pull the rug from under them. He made a couple of important saves, but he also commanded his penalty area with aplomb, something which has been a big problem for Roberto. Then there’s Cresswell, who was the match-winner. The statistics show how good the former Ipswich Town man was on Saturday. As per WhoScored.com, he made a tackle, an interception and five clearances. Furthermore, he had one shot – the goal – and produced a key pass, four crosses and nine long balls forward. This was a fantastic team performance from Manuel Pellegrini’s side at Stamford Bridge, and these two were key.