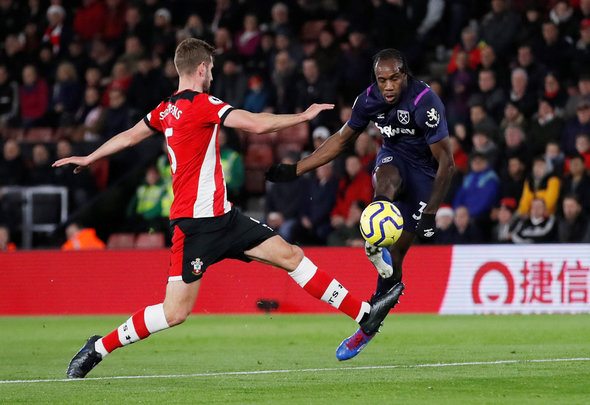 The 29-year-old produced a fantastic performance as the Hammers claimed a vital 1-0 victory over the Saints on Saturday. The only shame for Antonio, Crooks says, is that he had a goal disallowed.

“This was a fabulous performance,” he wrote on the BBC Sport website. “What this lad loses in finesse he more than makes up for in effort and desire. What a shame the striker had his well-deserved goal overruled by VAR.

“Very soon players like Antonio will no longer feature in the professional game due to VAR on account of the player’s lack of sophistication as the technology seeks to root out the slightest indiscretion. The only element of luck that now exists in the game is if VAR sees something that everyone else misses.”

Crooks’ statement that VAR is going to result in players like Antonio not making it as professional footballers is absolutely absurd. Just because the technology is a bit hit-and-miss – and it certainly is that – how does that mean that somebody like Antonio won’t make it? He has pace, power, goalscoring ability, versatility and he works incredibly hard. Will that now count for nought because VAR picks up on his occasional transgressions made from a relative lack of technique? According to Crooks, yes. That’s just ridiculous. But, anyway, let’s leave that nonsense there and focus on Antonio’s tremendous performance on Saturday evening. The statistics show that the Englishman blew the Saints away. As per WhoScored.com, Antonio had two shots, produced three key passes and embarked on a massive six successful dribbles. He knocked in four crosses, while he was fouled twice as well. The only player to exceed his 7.82 WhoScored rating was goalscorer Sebastien Haller with 8.90.