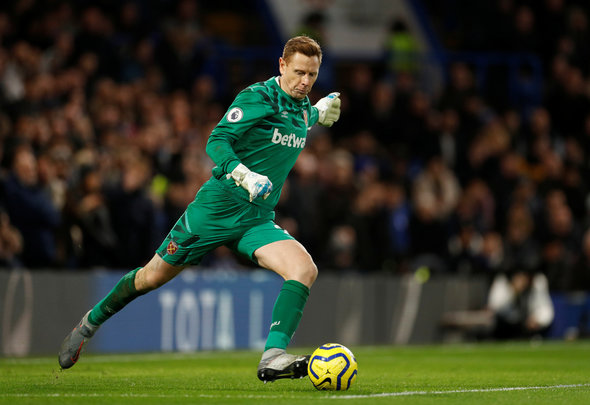 The 33-year-old came into the team at Stamford Bridge for his Hammers debut and delivered a clean sheet in his team’s 1-0 win, doing so in front of his father, West Ham legend Alvin Martin.

Cascarino is a big fan: “I joked with Alvin Martin last week that his son David must be the worst goalkeeper in the Premier League. When he asked me why, I said he must be if Roberto was keeping him out of the team!,” he wrote in his column for The Times.

“Given that West Ham had won just one of Roberto’s nine games in goal — a 2-0 victory in the Carabao Cup against Newport County — Manuel Pellegrini had little choice but to take the Spanish goalkeeper out of the firing line. It was a big call, but one that Pellegrini took a couple of weeks too late. Martin did a fine job in shutting out Chelsea.

“He did the basics well, commanded his box and instilled confidence in the defenders in front of him. He may not have been forced into any spectacular saves but he did exactly what was required: restore some stability and belief.”

It was certainly a heart-warming scene on Saturday when Martin came into the team for his West Ham debut, his Premier League bow, at the age of 33, and delivered a performance of consummate professionalism to keep a clean sheet and help guide his team to victory. The fact that he did so in front of his father, a bonafide West Ham great, made it all the more special. You could see the emotion on the ‘keeper’s face after the game, and he deserves his moment in the sun after a long career spent in the lower leagues of English football. The statistics show that he did really well at the Bridge. As per WhoScored.com, the former Millwall man produced a massive six saves against the Blues, with half of those coming from within the penalty area. He made such a massive difference behind defence that had looked shell-shocked in front of Roberto in previous weeks. Pellegrini has to keep him in the team now.