Bent prefers Anderson as a winger to number 10 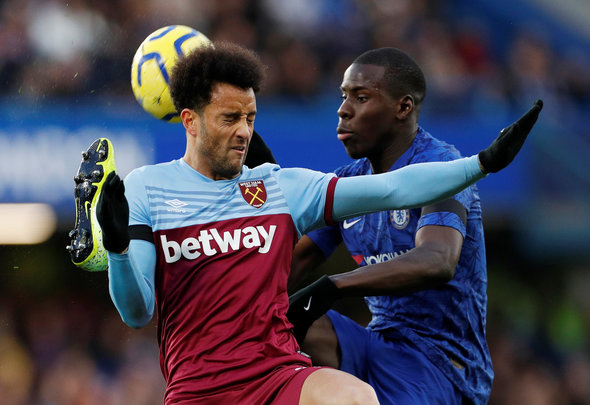 Former England international Darren Bent believes that West Ham United star Felipe Anderson is better suited as a winger, despite his success as a 10 against Chelsea.

The Brazil international has had a sub-standard start to the season out on the left flank, yet Sky Sports pundit Bent feels he is still better there than through the middle.

“Yeah he did [play well], but I like him playing on the wing,” he told Football Insider. “He can use his pace and skills to isolate a full-back when on the wing, whereas it’s more congested in the middle of the pitch so it’s hard to make an impact.

“Yet he did show glimpses against Chelsea, so you have to hope he can build on that. Anderson must be someone who frustrates fans more than most as they must be watching him thinking ‘we know what you’re capable of’ but he just hasn’t hit the same heights yet this season.”

This is a bizarre take from Bent. He says himself that Anderson hasn’t hit the same heights as he did in his debut campaign in east London, but that’s all come from him playing out wide on the left. Yet the moment he gets played as a number 10 and puts in a decent performance against a very good Chelsea team, that’s when Bent comes out and says he likes Anderson on the left. That’s a bit of a weird one. The 26-year-old is a very talented player, but he’s lost his way a bit this term. There’s very little doubt about that. So Hammers boss Manuel Pellegrini obviously felt that he needed a change, and so he moved him into a more central role. He actually did pretty well, before being substituted off way too early. The Chilean needed to do something to get his star man’s mojo back, but the moment he stumbled upon it he ended the experiment far too early. That’s strange, as is Bent’s point of view here.