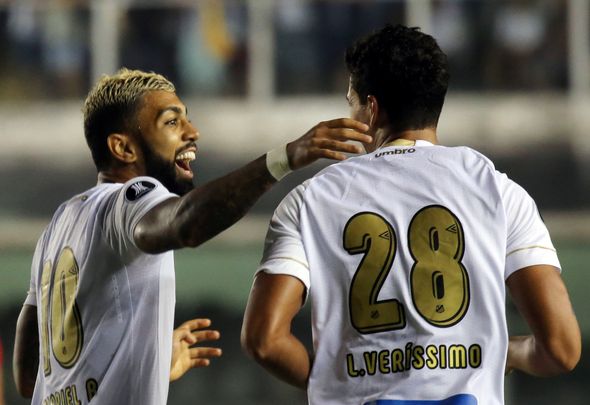 There is no avoiding the fact that West Ham United are crying out for another forward this season.

Michail Antonio is still struggling with fitness issues, Sebastien Haller has hit a brick wall, and Albian Ajeti hasn’t even had the chance to shine as of yet.

The longer those problems continue, the more pressure will be mounting on Manuel Pellegrini to come up with the answer and start pushing the Hammers forward.

With the January transfer window around the corner, the Irons could be looking for some fresh ideas in the final third – especially after their recent form of only one win in more than two months.

FC Inter News recently reported that West Ham were in the hunt to sign Inter Milan forward Gabriel Barbosa who has spent this season on loan at Flamengo.

Barbosa has been in the form of his life this season, being involved in 45 goals from his 40 appearances in Brazil, finding that back of the net 34 times.

It might not be straight forward to bring the 23-year-old to the London Stadium after he revealed his current dream that he wishes to follow in his career.

“Firmino is great, I really admire him. He’s been successful for many years in Europe,” he said via the Daily Mail.

“He is a powerful forward and he has been great for Brazil. He is an inspiration that I look up to.

“It would be a pleasure to play with him. Maybe we could team up for Brazil in the future and Liverpool is a team that everyone wants to play for.

“I like the Premier League very much. It combines technique, strength and speed. I always follow the games from Brazil.”

That could be a massive blow to West Ham, and any potential move could depend on whether or not Barbosa values a transfer to the Premier League more than Liverpool.

At this moment in time, there would be no competition on which club he would rather join, the Reds who are in an unstoppable moment of form compared to the Irons who can hardly buy a win this season.

West Ham have surely dealt blow in pursuit of Barbosa, with his dream move a lot higher than where they are currently sitting in the Premier League.