Antonio news could be key for West Ham 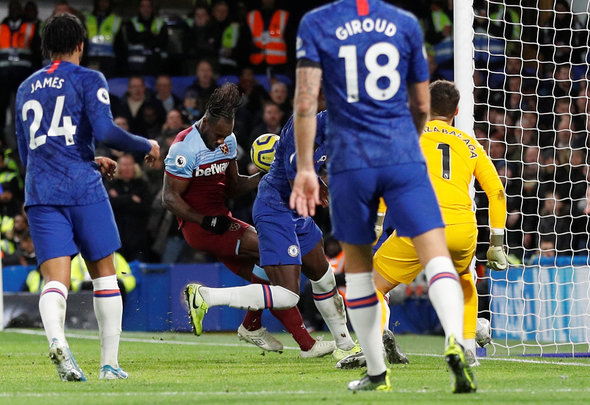 When West Ham United supporters saw that utility man Michail Antonio was absent from last Wednesday’s 2-0 defeat to Wolverhampton Wanderers, the groans were audible all around east London.

The 29-year-old had suffered a minor injury in the victory over Chelsea previously and was given the night off as a precaution having only just returned from a significant setback.

However, fears still lurked that the Englishman could end up missing Monday’s clash with Arsenal as well, but that possibility has thankfully now been eased.

Football Insider reported on Monday that the versatile attacker has been given the all-clear to play against the beleaguered Gunners in what should be a tasty London derby.

You never want to overstate things too much, but this is news which could hold the key to a Hammers victory on Monday. Simply put, Antonio has been that important since his comeback against Tottenham Hotspur.

In that game he came off the bench to score in the 3-2 defeat and register a fantastic WhoScored rating of 7.76 from just 45 minutes of football. Then there’s the Chelsea game, where he led the line from the start, had a goal disallowed and scored a WhoScored rating of 7.42 [Source: WhoScored.com].

His pace, power and nose for goal make him absolutely crucial for the Irons, particularly at a time when Manuel Pellegrini’s side are stuck in a worrying tailspin.

Perhaps the Chilean will finally go against the norm and play two men up front, with Antonio supporting the struggling Sebastien Haller. God knows that’s what the supporters want him to do.

Either way, Antonio’s fitness gives Pellegrini options, while providing him with a player who will likely make life hell for the hapless Arsenal defence.