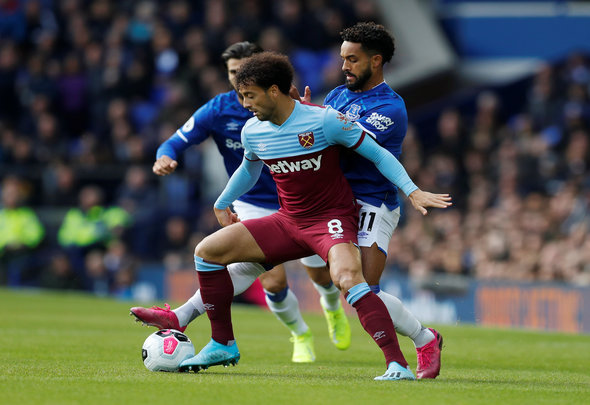 West Ham United winger Felipe Anderson looks set to return to the team against Crystal Palace on Boxing Day, according to Claret & Hugh.

The reliable Hammers news source claims that the Brazilian international missed out against the Eagles due to a spell of vomiting and general sickness.

However, the 26-year-old, who is on a reported £85,000-per-week [Source: Spotrac], is expected to make it back to full health ready for the game next Thursday.

There will be some West Ham fans who will likely see this news as something of a minor inconvenience. They’ll be hoping that manager Manuel Pellegrini sticks with the winning team and formation which beat Southampton on Saturday. That means sticking with a 4-4-2 formation with Michail Antonio and Sebastien Haller, and Robert Snodgrass and Pablo Fornals out wide. However, Anderson’s return would threaten that, because he appears to be a real favourite of Pellegrini’s. Typically, if he is fit he starts for the east London outfit. Indeed, he’s started all 15 of the Premier League games he has played in this campaign [Source: Transfermarkt]. So the former Lazio man is one of Pellegrini’s most trusted lieutenants, meaning it would be no shock to see the Chilean reinstate him in the starting line-up against Roy Hodgson’s side. Saturday’s game would suggest that isn’t the way to go, but we’ll have to wait and see what Pellegrini does.