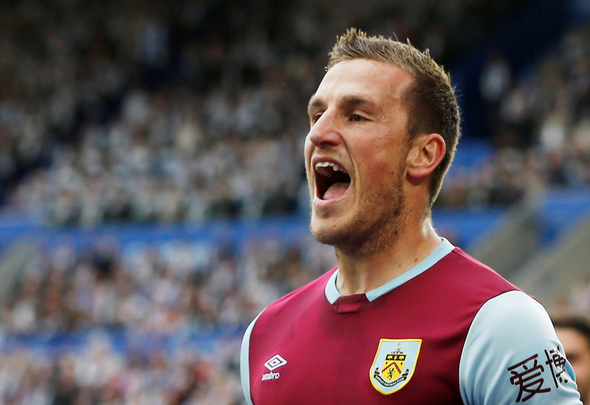 West Ham manager Manuel Pellegrini must feel like the weight of the world is on his shoulders ahead of his side facing Burnley on Saturday.

The Hammers boss has seen his team go from being tipped to finish in the top-six in the Premier League to everyone being concerned about how the club haven’t won any of their last four league games in a blink of an eye.

And yet it doesn’t seem like the universe wants to deal the Hammers boss any favours by handing him some good fortunate against Burnley based on the latest update coming out of Sean Dyche’s press conference.

The Burnley boss shared that attacker Chris Wood was in contention to face the Hammers after missing his side’s previous two league matches.

“He has got every chance of being involved this weekend,” Dyche told journalist, as quoted by Lancashire Live.

Now while some will argue Pellegrini should just worry about his own line-up in regards to the club’s poor form, there’s no denying his chances of getting a positive result against Burnley would have been easier if Wood had remained on the shelf.

Ahead of getting injured, the 27-year-old was on a bit of a hot streak as he had scored four goals in his latest four outings.

Wood, who has averaged two shots per game this season (Source: WhoScored), is therefore likely chomping at the bit to get back on the pitch and resume his goalscoring ways, so you feel if he is unleashed against the Hammers, Pellegrini should be sweating.

After all, the Hammers boss will have to try to find a way to stop him thriving, and that’s not exactly an easy task.

It’s also worth noting Wood has a very good record against the Hammers as he has scored five in six career outings against the London club, as per PendleToday, so history is also working against Pellegrini here.

So with that in mind, Dyche’s update on Wood has given the Hammers boss another headache to fret over ahead of Saturday.