Some West Ham fans revealed that they want Manuel Pellegrini to unleash attacker Michail Antonio from the get-go against Tottenham on Saturday. The 29-year-old hasn’t featured in recent weeks due to an injury and it seems that a section of Hammers fans cannot wait any longer to see his name in the starting line-up, with one fan even acknowledging that they wanted him to start on Saturday despite it being a risk. Claret & Hugh reported recently that a decision on whether Antonio can feature against Spurs will be made towards the end of the week, as the club’s medics want to take things slowly with the winger’s return. The 29-year-old has previously had more than his fair share of injury problems, with him having three separate issues in his 2017/18 campaign and three separate issues in the season 2016/17 season, as per Transfermarkt, which saw his playing time-limited. With that in mind, the Hammers boss probably should avoid the temptation to start Antonio on Saturday, as unleashing him too quickly could see him end up back in the medical room, and that would be a truly devastating blow. 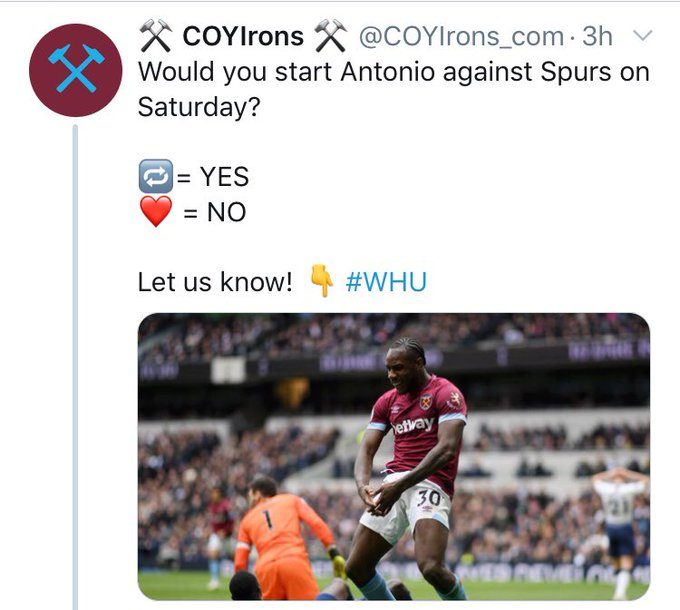 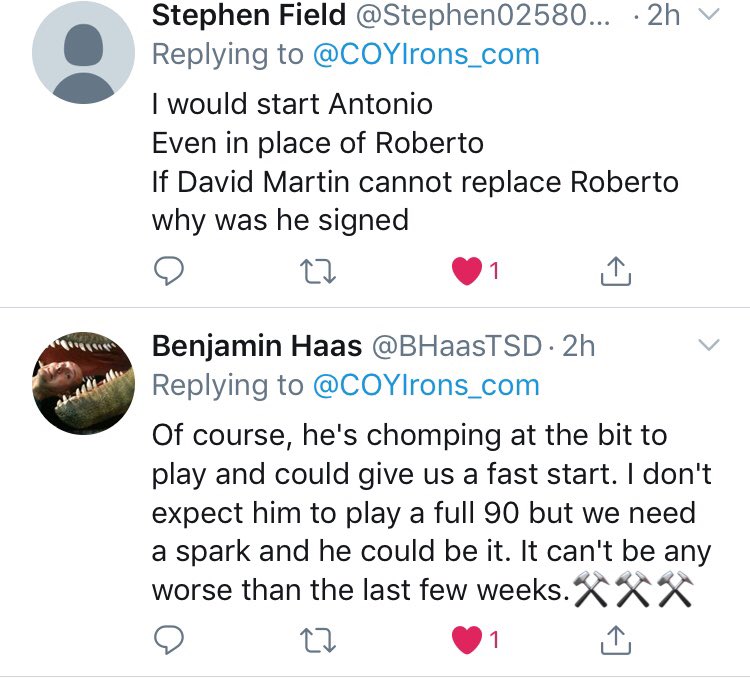 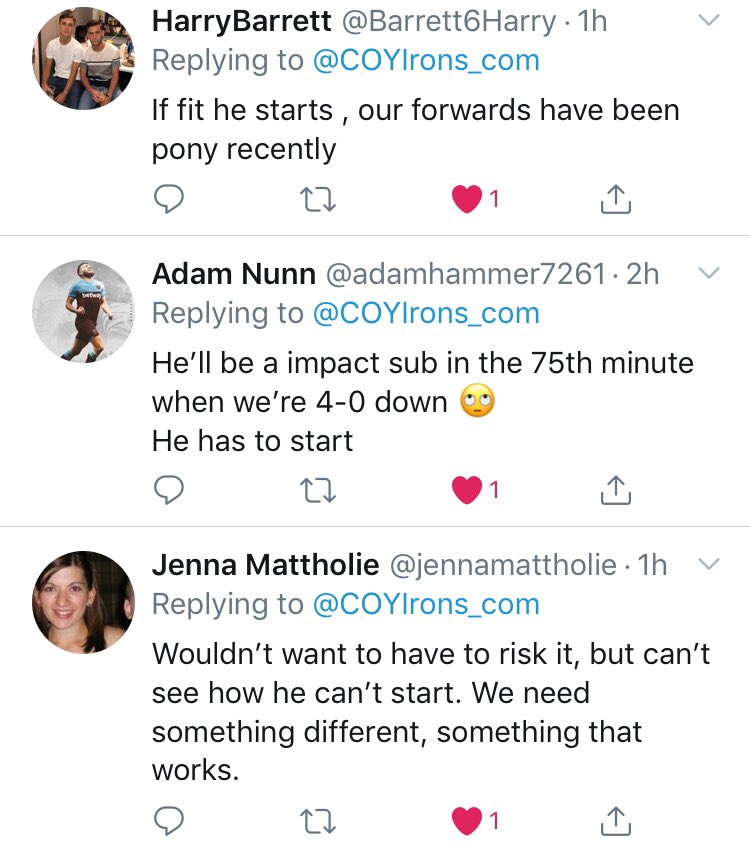 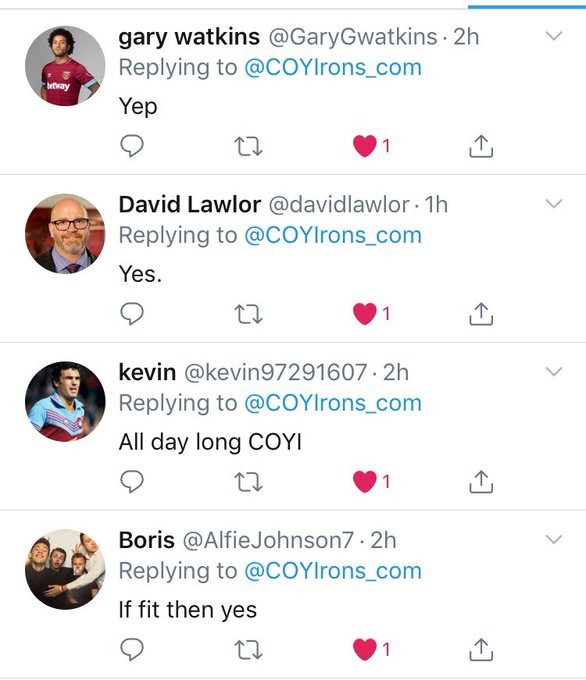