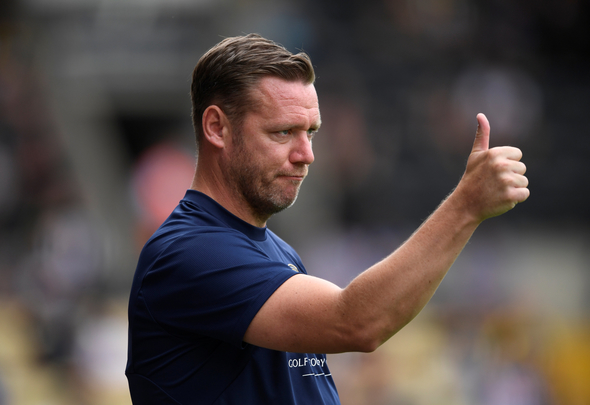 Kevin Nolan knows West Ham very well and it seems he has a theory on what has caused the Hammers’ form to dramatically dip this season.

The 37-year-old played over 100 times for the Hammers, even captaining them for a period, and he was asked by Laura Woods about how the Hammers’ form had been poor ever since their 4-0 loss to Oxford United in the EFL Cup.

Nolan seemed to suggest that Pellegrini not fielding his strongest side against Oxford was a mistake and pointed out West Ham fans would rather see their club in a cup final than finish in the top-six in the Premier League.

“I think this is where Pellegrini got it wrong as you’re going away to Oxford, it’s a winnable game,” said Nolan on Sky Sports’ The Debate (23:11, Monday, November 4th, Sky Sports Premier League).

“You’ve just beaten Manchester United, so go away to Oxford and win, get in the next round as I know for a fact West Ham fans want to see the club in the latter stages of cup competitions.

“They want to see their side win trophies if you offered West Ham fans a top-six finish or a final in the EFL Cup, I know exactly what they’ll say, they’d say they’d want a final.

“Have a winners medal, remember those days.”

In their five league games since losing to League One’s Oxford United, West Ham have not won once, and have suffered three defeats in the process, so it’s hard to deny that Pellegrini may kick himself over not ensuring his side beat the lower-ranked opposition.

After all, before that match, the Hammers were unbeaten in their previous six league games, so clearly it’s had an impact.

While Pellegrini can take comfort in the fact he fielded experienced talented players like Roberto Snodgrass and Pablo Zabaleta, who should have got the job done, it’s hard not to believe that Nolan claiming his decision against Oxford has caused the side’s dip won’t be causing him sleepless nights.

As it looks an avoidable blunder in hindsight.

Also even if the Hammers did end up dipping form but did beat Oxford, Nolan’s remarks show how West Ham fans probably wouldn’t have grabbed the pitchforks so quickly, as they’d just be happy for their side to still have a real chance of the winning the EFL Cup.

The Hammers’ run of form has turned a number of fans against Pellegrini as some Hammers fans on social media seemed up in arms that the manager’s job wasn’t in danger, while others showed their frustration by urging for Eddie Howe or Jose Mourinho to be named Pellegrini’s successor.

With this in mind, Pellegrini will no doubt feel like a past West Ham decision will continue to haunt him and see the pressure build on him, and yet it could have all been avoided if he was more in touch with the club’s fanbase.