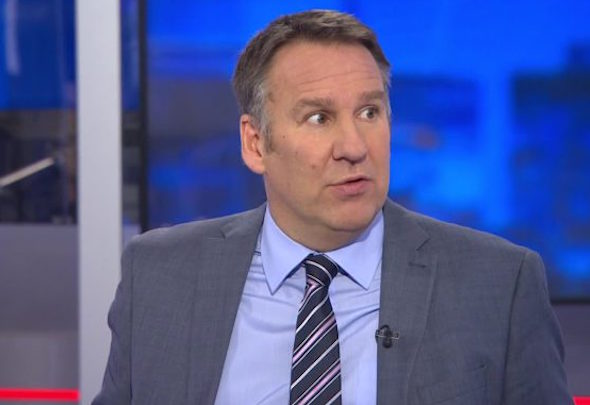 The Sky Sports pundit shared that Noble was the only one that drove the team on and that when he left the field injured, Manuel Pellegrini might as well have taken the whole team off with him.

“I watched West Ham play Burnley on Soccer Saturday and I’ll go as far as to say, it was one of the worst I’ve seen,” said Merson on Sky Sports’ The Debate (22:34, Monday, November 11th).

Merson then added that a few weeks ago the Hammers were being spoken about as a team who could finish in the top-six, but admitted that he was now predicting them to be in the relegation zone in five weeks time.

“A few weeks ago we were talking about them being in a Europen race, these are going to be in the bottom four, sorry bottom three, in five weeks time.”

Merson worryingly predicts the Hammers to be in the bottom-three and when you consider the quality squad Pellegrini has available to him, that’s unacceptable. If the pundit ends up being right, it wouldn’t be a surprise to see the experienced manager given his marching orders as the club shouldn’t be sweating over potentially ending up in the Championship next season. The Hammers have players such as Felipe Anderson, Sebastien Haller, Andriy Yarmolenko, Issa Diop, Declan Rice and even Mark Noble, these are players with high-enough profiles to suggest they should at least be able to secure a comfortable Premier League finish. It’s no surprise that Merson is all doom and gloom after watching the loss to Burnley, as the Hammers truly hit rock bottom. In that match, West Ham managed only four shots on target compared to Burnley’s 12, as per WhoScored, and this was the case even though they saw more of the ball.