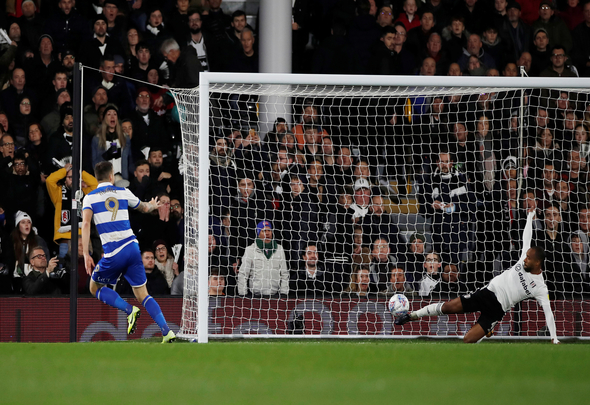 Many West Ham fans raved about Jordan Hugill after his goalscoring form continued for QPR during their clash with Fulham on Friday. The 27-year-old forward who is currently on loan at QPR from West Ham opened the scoring for Mark Warburton’s side during their 2-1 loss to Fulham after some terrible defending gifted him a golden chance to fire the ball home from close range. While the 27-year-old’s goal wasn’t anything special, it was a poacher’s finish, it made a lot of Hammers supporters compliment the attacker for his performance. A couple of supporters suggested Manuel Pellegrini recall Hugill from his loan, while one fan cheekily claimed that this season’s Hammers of the Year was going to end up being Hugill or Nathan Holland, even though neither are yet to feature for the club in the current Premier League campaign. Ahead of his 8th goal of the season against Fulham, Hugill had averaged a goal every 155 minutes of actions, as per BBC Sport, so it’s no surprise some Hammers fans believe he deserves a chance at the London Stadium. 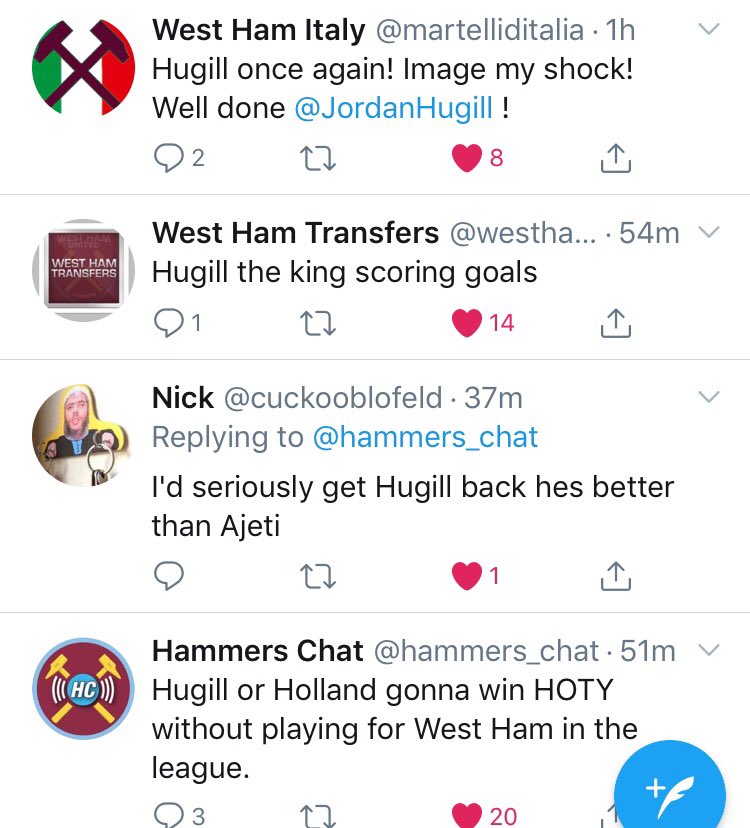 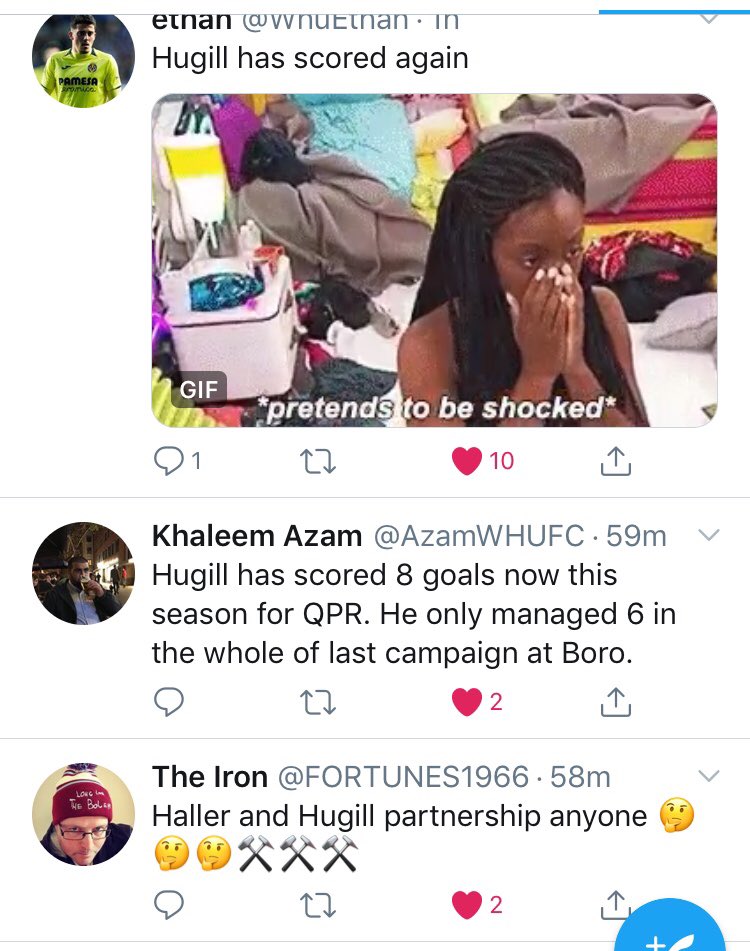 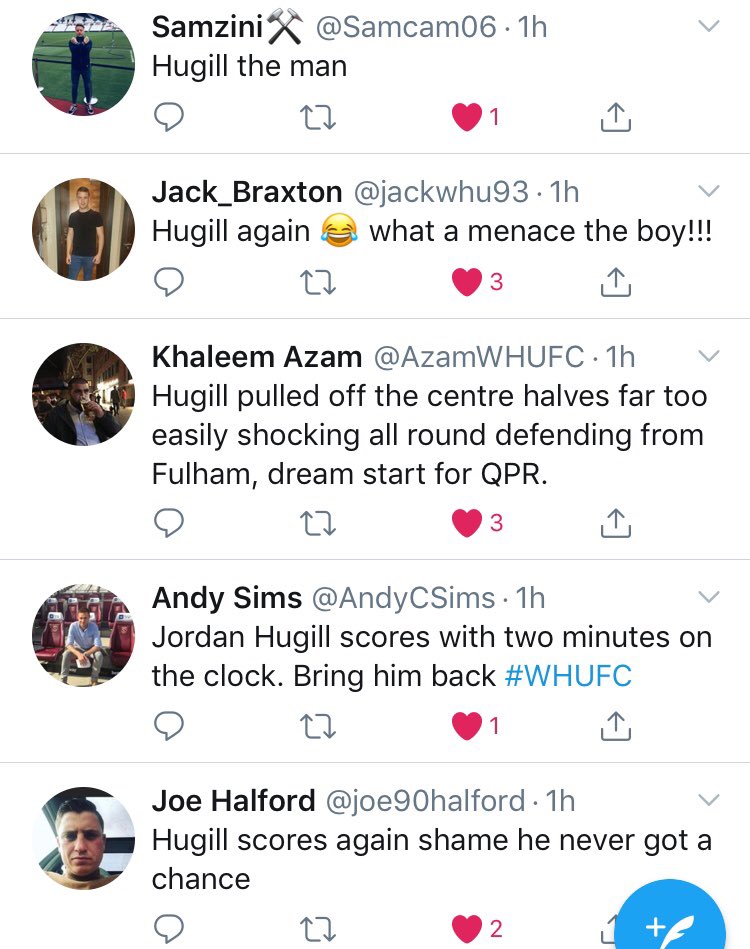