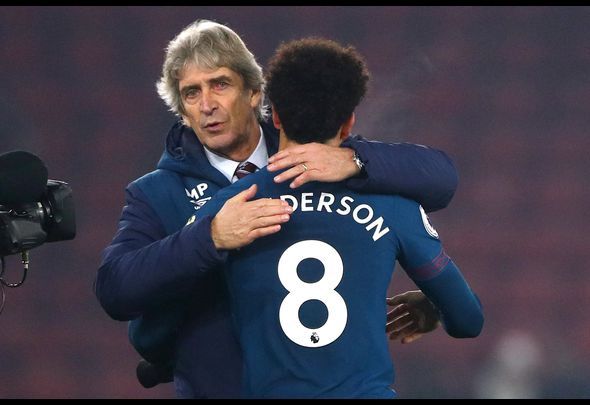 Georgie Bingham appeared to stumble across the cause of West Ham’s inconsistencies when analysing their form ahead of them facing Burnley on Saturday.

The Hammers have not won any of their last five league games and seem to have come sliding down the table in recent weeks after a strong start.

The talkSPORT broadcaster explained that she thought Manuel Pellegrini’s side were too reliant on their flair players as when they’re not on form, the Hammers simply aren’t a good team.

“The thing with West Ham is…West Ham want not to pander to the flair players who have caused disruptions in their teams, by that I’m talking Arnautovic, Payet, but when their flair players are not on, they’re not a good team,” said Bingham on talkSPORT  (6:42am, Saturday, November 9th).

“Therefore their identity is heavily linked with that.”

The Hammers manager should be all ears when it comes to Bingham’s theory for the Hammers’ inconsistent form as she is spot on.

West Ham have so many flair players, but the problem is, the chances of them being able to create a piece of magic in every game is asking a lot.

For example, look at Manuel Lanzini.

The 26-year-old started the season well as he wowed against Brighton, racking up an assist, before being a standout performer against Watford and Norwich City.

In those three matches, Lanzini earned a match rating higher than 7.5 on WhoScored, and what’s interesting is that the playmaker has been scoring below a 7.5 ever since the win against Norwich.

The 26-year-old missed the victory against Manchester United, so all his performances that have achieved a rating below 7.5, i.e not submitted a masterclass performance, are games where the Hammers have failed to win.

Another of the Hammers’ flair players is Andriy Yarmolenko.

The Ukraine winger started the season in red-hot form, quickly racking up three goals, but his form has dipped lately.

Yarmolenko managed to get an assist during the 1-1 draw with Sheffield United, but in the loss to Everton and Newcastle United he achieved a match rating below a 6 on WhoScored, and against the Magpies, he only managed 17 touches before being hauled off at halftime.

Then there is Felipe Anderson.

The Brazilian attacker contributed 10 goals to the cause in his 2018/19 campaign but has failed to hit the back of the net in any of his last 14 league outings.

This is the case even though Anderson has had more than his fair share of opportunities by averaging 1.7 shots per match across his outings this season. (Source: WhoScored)

So with that in mind, Pellegrini surely should take Bingham’s remarks on board and find a way to make his Hammers side not reliant on flair players if he wants to keep his job at the London Stadium safe.