Liverpool goalkeeper Adrian sent a supportive message to West Ham attacker Michail Antonio after he claimed he was getting closer to returning to action.

The Hammers winger took to his verified Instagram account in order to share a picture of him back in training and captioned it by suggesting he was edging closer to returning from injury.

“Getting closer and closer,” wrote Antonio.

Antonio teasing his return to action saw his former Hammers teammate and current Liverpool keeper Adrian send him a two-word message in order to effectively say ‘come on you monster.’ 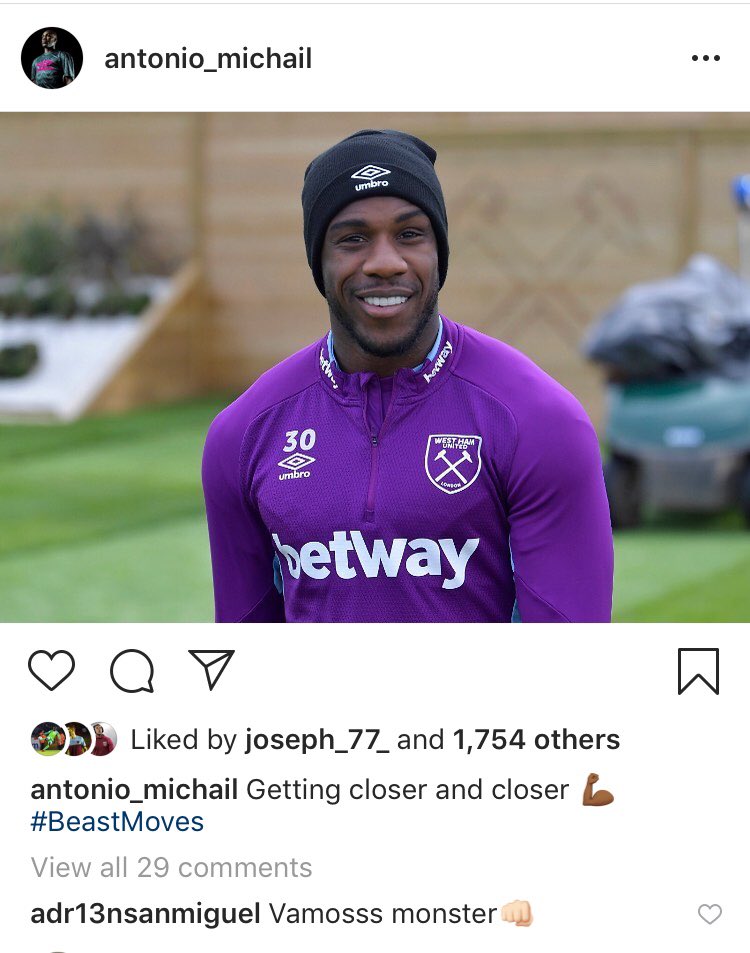 Antonio hasn’t featured for Manuel Pellegrini’s side since suffering an injury in the eighth minute of the 2-0 win over Newport County in the EFL Cup and he has been missed. The Hammers haven’t won any of their last five league games, and Pellegrini could do with having a player like Antonio to call upon in order to try and end the slump. Ahead of getting injured, Antonio averaged 1.7 shots per game as well as 1 dribble per match across his three Premier League outings, as per WhoScored, so it’s easy to believe the attack-minded player could be the fresh injection of enthusiasm and pace that could see the Hammers get back on track this season. Also given that Pellegrini opted to use Antonio from the bench in two of his Premier League outings, it does suggest the Hammers manager views the 29-year-old as a player who can make instant impacts, and it’s clear something needs to change quickly at the London Stadium. The Hammers’ main striker Sebastien Haller hasn’t scored in his last three league outings, and you feel if Antonio would have been on the pitch to aid him, that may not have been the case as the Frenchman seems to be struggling due to a lack of service.