Winks blown away by Rice 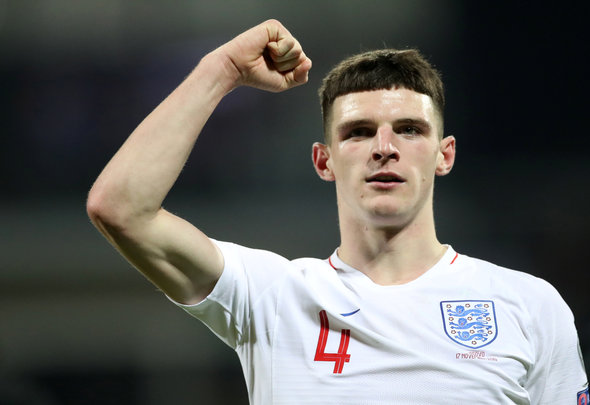 The England international admitted that he has been blown away by his teammate, and what he has achieved in such a short amount of time in the Hammers’ first team.

Winks revealed that he has managed to get closer to Rice on a personal level during the international breaks, and shared how much of a great person he is.

“Declan is a top player and a threat,” Winks told Football.London.

“I have got to know him personally. Great lad. I’m 23 and Declan is 20. What he’s done in such a short period of time is incredible.”

The 23-year-old singled out Rice as one of the Hammers’ biggest threats on Saturday afternoon in a side that hasn’t won since September.

Winks is right to heap praise on Rice for what he has managed to achieve at the London Stadium, but to pick him out as one of their biggest threats simply makes it clear how bad the Hammers have been in recent weeks. The 20-year-old has struggled in games where Mark Noble has not been fit to feature and given that he could be doubtful against Spurs, he could get overwhelmed by the attacking strength Jose Mourinho will have to choose from in his first game. Rice will be key to keeping them at bay, having averaged 2.1 interceptions per game according to WhoScored – the most in the entire Hammers’ squad. Winks was pushed into a more forward role for England against Kosovo on Sunday, and proved his runs into the box can hurt any side – that is something Rice will need to be wary of on Saturday afternoon in East London.