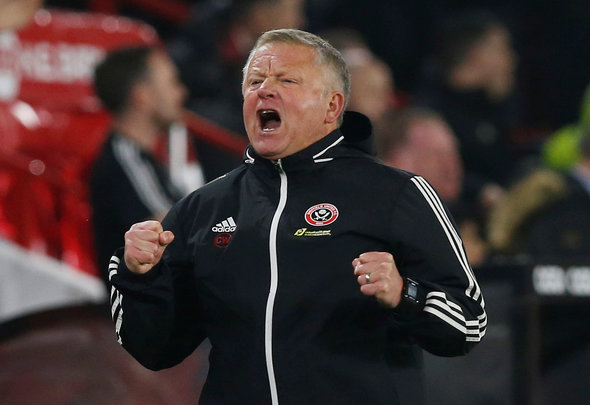 West Ham United have cast their eye on Sheffield United manager Chris Wilder as a potential replacement for Manuel Pellegrini, according to the Daily Mirror.

The newspaper claims that the Hammers are alarmed with the team’s current slide down the Premier League table, with the Irons having failed to win in their past eight games in all competitions.

The West Ham board are understood to favour a British coach if they get rid of the Chilean, with former Brighton & Hove Albion boss Chris Hughton and former manager David Moyes both in the frame.

However, ex Liverpool and Newcastle United chief Rafael Benitez is also in the running. But Wilder, with his 51.8% win percentage, is an appealing candidate.

Well, this sounds pretty appealing, doesn’t it? Wilder has done an absolutely unbelievable job at Bramall Lane, guiding them from League One to sixth place in the Premier League, while he sailed to promotion success at his previous club Northampton, as well. However, the Blades are his boyhood club, and so it’s difficult to see him leaving for what is a downward move at the moment. Obviously there is more potential at West Ham than at Sheffield United, and certainly more money and a bigger stadium, but it’s whether Wilder would want to go there. Hughton may appeal to the Hammers board because they wouldn’t have to pay any compensation, which would be nice after shelling out to get rid of Pellegrini. Moyes falls under the same bracket, but the fans may not be too happy about that one. Benitez is a top class manager, but it’s whether he’d want to leave China and all his many, many Renminbi to return to England. Wilder is the best candidate of the lot, but could they get him?