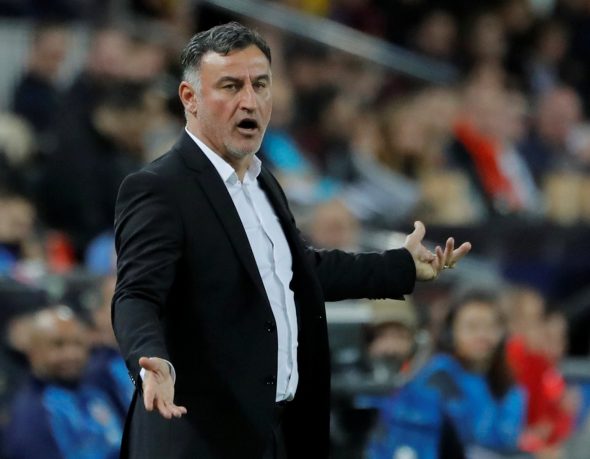 West Ham United have added Lille manager Christophe Galtier to their list of potential replacements for Manuel Pellegrini, according to Claret and Hugh.

The club source claim on their website that the 53-year-old Frenchman has joined the list of targets that is growing each day at the London Stadium for the Hammers’ board.

Claret and Hugh report that West Ham have already started to contact various unnamed candidates so that they can have a man in place should Pellegrini leave the club.

It is suggested that David Moyes, Sean Dyche and Chris Hughton remain in the frame to take over in East London.

Based on Lille’s current form in Ligue 1, it is hard to see how Galtier would come in and make a massive difference at West Ham. Should they targeted him during last season, where his side finished second behind Paris Saint-Germain, it could have been justified given how tough it is to succeed in the French league behind the likes of the European giants. Galtier won the manager of the year award last year for that, he would have been in high demand, but now he isn’t what West Ham need. The Hammers certainly need a manager that has great experience in England and in the Premier League more specifically. They need a boss who can come in and cement his tactics on his new side as soon as possible so that they can start to pick up wins and move up the table after a nightmare couple of months in the top flight under Pellegrini.