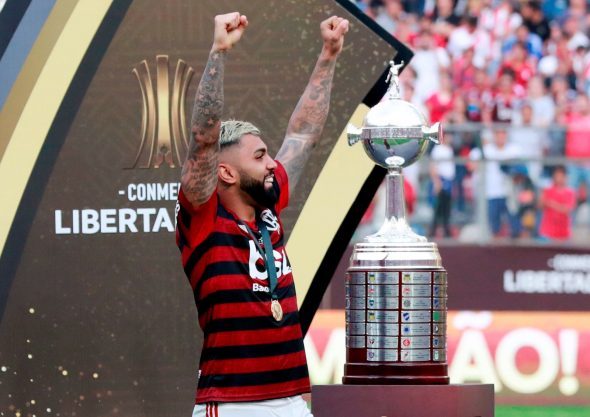 The online source claim on their website that the Brazilian striker has been offered a contract to turn his loan move at Flamengo into a permanent switch, but is intrigued by a return to Europe.

FC Inter News report on Wednesday that the Hammers and Palace could offer £19.6million for the 23-year-old who has also attracted interest from Schalke and Fiorentina.

It is suggested that West Ham are on the back foot in the hunt given the situation surrounding Manuel Pellegrini and the possibility of him being sacked.

Sebastien Haller is starting to look more isolated every single week in the Premier League, and West Ham’s record-signing couldn’t look more miserable at this moment in time. The Frenchman thrived with a partner up top in the final third last season at Eintracht Frankfurt, and as well as 15 goals he claimed nine assists. The Hammers surely see that he needs that with him at the London Stadium, and Barbosa would surely thrive with Haller. The South American has already been involved in 41 goals already this season in only 38 appearances. With Barbosa’s power and pace alongside the strength that Haller possesses, it should be a no-brainer to try and secure his services in January. Given that Barbosa would be interested in a return to Europe, the Hammers should do all they can to persuade him that the London Stadium is the right destination for him over the likes of Fiorentina and Schalke.