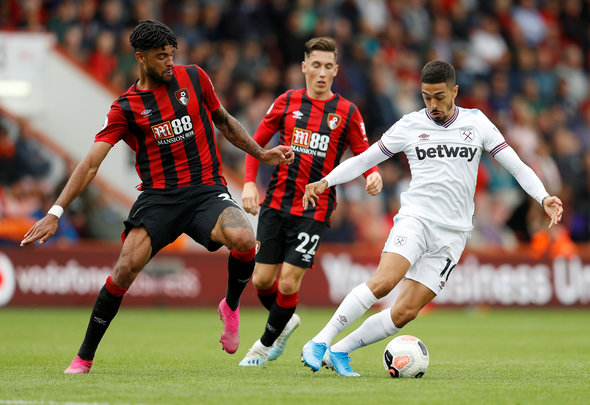 The Hammers are coming off a humbling 3-2 defeat to Newcastle United last time out, and the Chilean looks set to make a few changes after that result.

With that said, Pablo Zabaleta, Aaron Cresswell and Felipe Anderson are all likely to be axed for the journey to Turf Moor, with Ryan Fredericks, Arthur Masuaku and Manuel Lanzini expected to replace them.

Those will most probably be the only changes the Irons boss makes despite the team’s awful recent run of form.

In goal, Pellegrini is almost certain to keep his faith in Roberto. The Spaniard was awful against Newcastle, but Pellegrini has repeatedly expressed his trust in the veteran goalkeeper. As such, he can expect to start once again here.

The full-backs are both likely to be dropped on Saturday. Zabaleta was torn apart by Allan Saint-Maximin and will almost certainly be replaced by Fredericks as a result. Pellegrini has a tendency to swap his left backs around after one of them has a poor game, and as such Masuaku will likely replace Cresswell against the Clarets.

Fabian Balbuena and Issa Diop were poor against the Magpies, but the manager seems to be going with this pairing over Angelo Ogbonna at the moment and will most probably do so again on Saturday.

In midfield, Declan Rice and Mark Noble are undisputed starters these days, partly because of a lack of other options. They can both expect to start here.

Further forward, Anderson looks certain to pay the price for a lack of form this campaign. Lanzini will likely replace him against Sean Dyche’s side. Andriy Yarmolenko and Robert Snodgrass will surely accompany him in attacking midfield. Sebastien Haller, as ever, can expect to start up front. 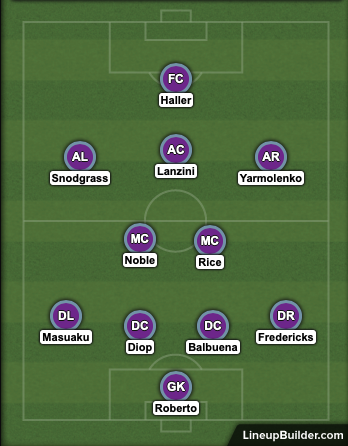