West Ham missed out on Mount 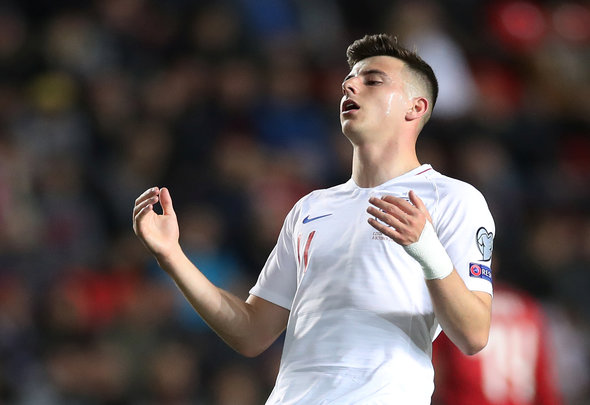 The father of Chelsea midfielder Mason Mount has revealed that West Ham United were one of the clubs to miss out on his son as a youngster.

The 20-year-old, who was capped by England in the September and October international breaks, grew up in Portsmouth, but was coveted by a whole host of top teams, including the Hammers.

“Chelsea were the first ones [to approach] but within three months Mason’s school approached me and recommended Portsmouth and then Portsmouth phoned me and invited him to their development centre so he was training down there as on a Monday night,” Tony Mount told the Daily Star.

“Southampton scouted him, Brighton as well, Bournemouth – I remember there was quite a bit of interest when we went up for a tournament in London and we had Tottenham and West Ham coming [to] ask us about him as well. His heart was set on Chelsea, Mason was just so happy there – he couldn’t wait to go and he enjoyed it so much.”

Well, this is rather unfortunate reading for West Ham fans, isn’t it? At a time when the Hammers are crying out for inspiration from their attacking midfielders, they find out that they missed out on one of the country’s most promising playmakers. Some consolation is that they weren’t the only ones to miss the Mount train. Southampton, Portsmouth, Brighton, Bournemouth and Tottenham are all name-checked by Mr. Mount, so it’s not as if they lost out to Chelsea by a hair. By the sounds of it they never really stood a chance, due to Mount’s dedication to the Blues. Still, what wouldn’t Irons boss Manuel Pellegrini would give for a player like Mount at the moment? The statistics demonstrate just how dominant he has been in the Premier League this season. As per WhoScored.com, the Englishman has scored four times and bagged an assist in 11 games. Furthermore, he is averaging 2.6 shots, 1.8 key passes and 1.3 successful dribbles per game for Frank Lampard’s team. He’d be great to have alongside his good mate Declan Rice in a claret ad blue shirt. But, alas.