West Ham in battle for Coman 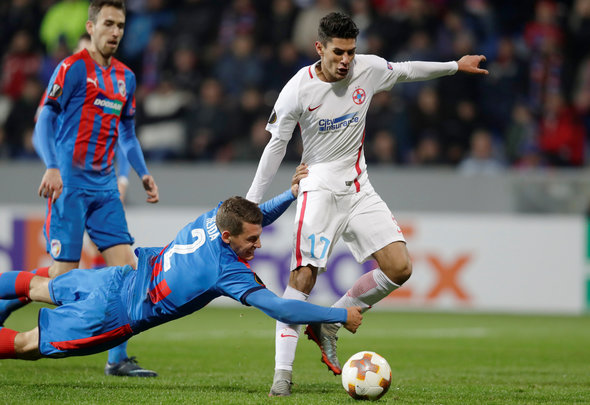 West Ham United are interested in signing the ‘Romanian Mbappe’ Florinel Coman, according to the Daily Mail.

The newspaper claims that the Hammers are battling with European giants Manchester City and Roma for the Steaua Bucharest winger.

His club’s owner has previously compared the 21-year-old to the prodigious Paris Saint-Germain star, who scored twice for his country’s Under-21s in their 4-2 win over their English counterparts at last summer’s U21s European Championships.

He was watched by a host of admirers as he scored twice in Steaua’s 4-0 win over Hermannstadt on Saturday.

It’s always good to be looking at the best young talent, and it seems that that’s what West Ham are doing at the moment. Manuel Pellegrini’s side have been short on production from their creative midfielders this season, with Felipe Anderson, Manuel Lanzini, Pablo Fornals and Jack Wilshere all underperforming so far this term. So it makes sense that they are looking at a quality, young winger. While the Mbappe comparisons are doomed to look foolish, Coman does seem to be a decent player. He has scored eight times and bagged five assists in 19 games so far this campaign, while his overall record for Steaua stands at 24 goals and 21 assists in 87 games at just 21 years of age [Source: Transfermarkt]. That’s not bad at all, while he made his senior Romania debut earlier this month, too. He’s clearly a terrific young prospect, but whether he’s what West Ham need at the moment remains to be seen. You’d think a centre back, left back or striker might be more urgent needs, with the assumption being that Anderson, Lanzini etc. will get back to their best at some point.