Things couldn’t be going much worst for West Ham United and their goalkeepers at this moment in time. With Lukasz Fabianski injured, Roberto has stepped in and has struggled immensely despite his vast experience. The mistake against Burnley summed up his troubles, and it would be a surprise if he ever featured once the Pole is back.  Outside of those is David Martin and Nathan Trott, with the younger man on loan at Wimbledon currently, and despite that he is still more likely to be given a chance than the former Millwall man. The Hammers posted a series of pictures on their official Twitter account on Thursday, wishing the young stopper a happy birthday despite him being away on loan from the club. Many West Ham fans responded to the tweet, with the majority of them calling for Trott to be immediately recalled and replace the nervous Roberto in between the sticks until Fabianski returns from his long-term injury at the London Stadium. 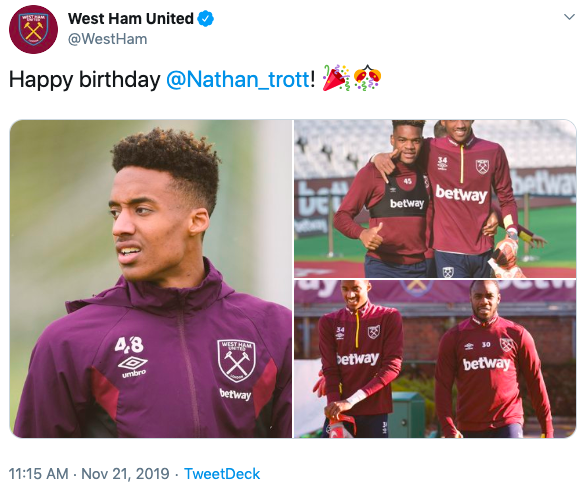 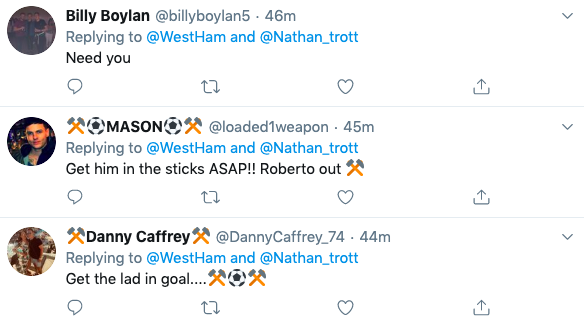 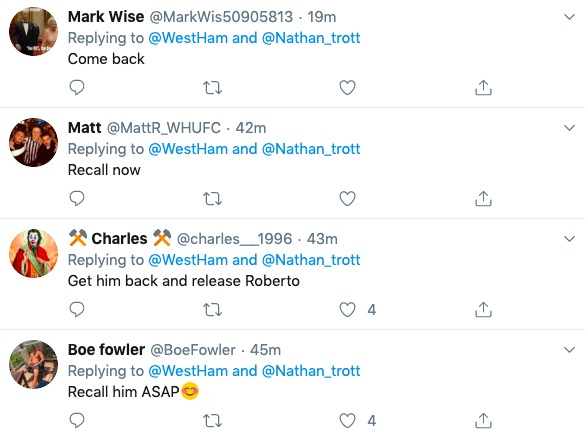