Before the trip to Burnley on Saturday, things couldn’t have gone much worst for West Ham United and Manuel Pellegrini. The Hammers haven’t won since September and were swept aside by the Clarets at Turf Moor, losing 3-0 thanks to a catalogue of errors. When you aren’t playing well as a team, the last thing you need is personal mistakes, and Roberto was a major reason behind the capitulation in the defeat, dropping a swinging cross into his own net as he failed to deal with a simple delivery that he most likely faces hundreds of times in training on a weekly basis. The Spaniard hasn’t been good enough for the past handful of games, and Pellegrini must replace him after the international break with David Martin. The never-before-seen summer signing surely can’t do much worst, and many West Ham fans seemed to agree on Twitter, with the majority calling for the former Millwall man to come in against Tottenham next time out at the London Stadium. 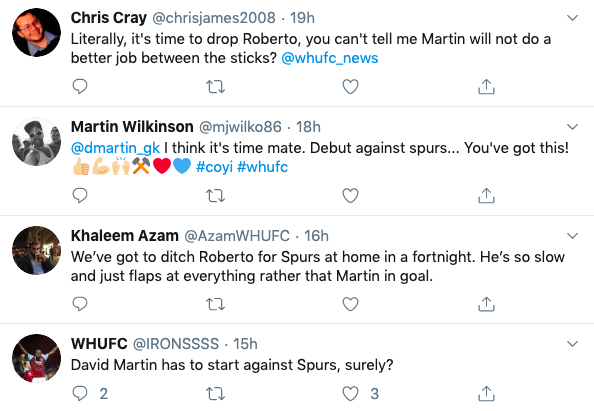 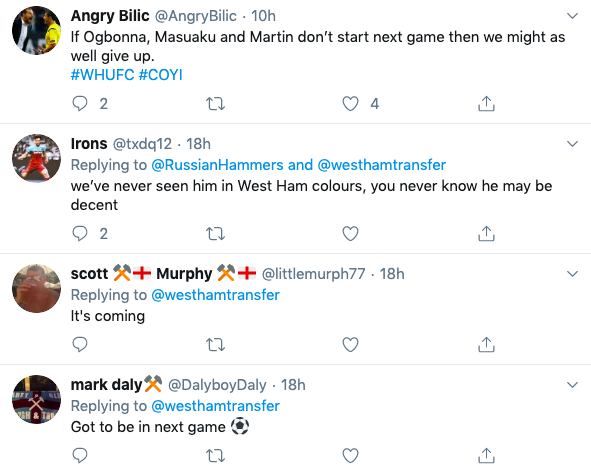