It certainly didn’t take long for the West Ham United supporters to tear into goalkeeper Roberto, whose status as probably the most unpopular Premier League player this side of Granit Xhaka was reinforced in the first half of the Hammers’ London derby with Tottenham Hotspur on Saturday. The Spaniard’s distribution looked incredibly shaky, and he appears to have suffered a serious loss of confidence since the Burnley defeat, which is extremely worrying given how poor he looked already. He gave the ball away a couple of times early on, while he never really looked in command of his penalty area. Obviously it didn’t take much for the West Ham fans to start worrying about their ‘keeper, but that’s what happens when you perform as poorly as they 33-year-old has done so far in his career in east London. Once again he was at fault for an opposition goal as Son Heung-min managed to smash the opener through Roberto, almost. It wasn’t entirely on him, but he still should have done slightly better. 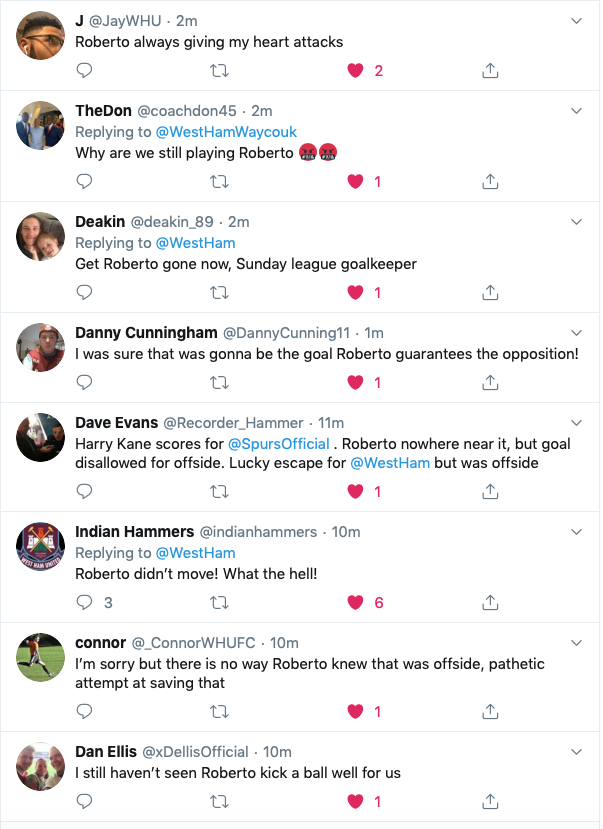