Another weekend has finished with another defeat for West Ham United, and the pressure is certainly mounting on Manuel Pellegrini. The Chilean is running out of ideas as each game passes, and the 3-2 defeat against Spurs highlighted that more than ever on Saturday afternoon. At 3-0 down, Pellegrini decided to bring on Carlos Sanchez for Issa Diop and if that doesn’t scream out the lack of ambition within the squad then it’s hard to see what will. At a time where they needed goals, he left Albian Ajeti on the bench, and the Swiss international must be scratching his head. The Guardian reported on Sunday morning that former Brighton manager, Chris Hughton could be in line to replace Pellegrini. That wouldn’t exactly inspire the Hammers, bringing in a manager that was recently sacked by Brighton in fear of relegation from the Premier League. Many West Ham fans took to Twitter to react to the report, with the majority slamming it and claiming they would rather keep Pellegrini.

Forever West Ham have picked out some of the best reactions: 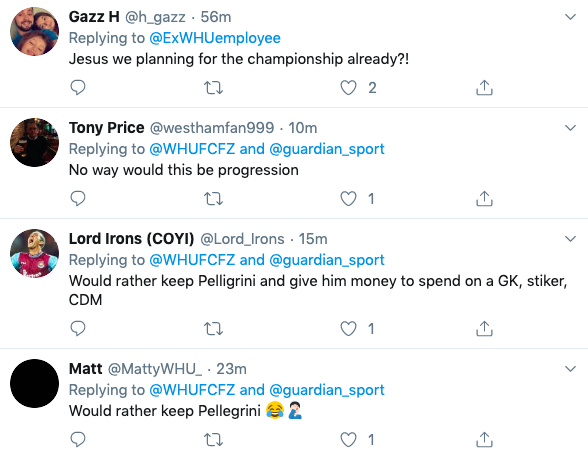 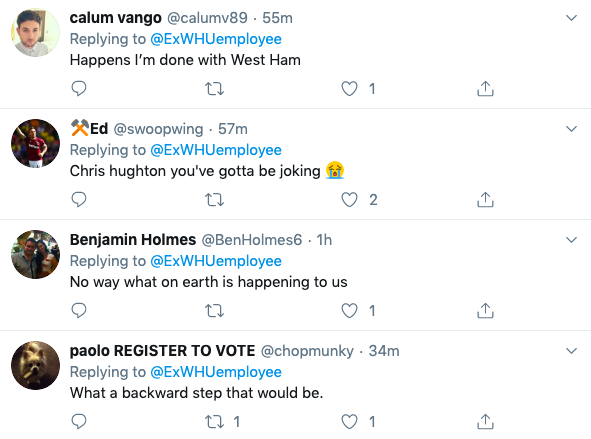