Manuel Pellegrini is running out of options in the heart of midfield in his West Ham United side. Carlos Sanchez is at the back of the pecking order, with Mark Noble, Manuel Lanzini, and Jack Wilshere all currently suffering with injuries, there is only Declan Rice who is guaranteed a spot at the London Stadium. 90min reported on Wednesday morning that the Hammers were targeting Manchester United midfielder Nemanja Matic, who is considering a January exit. West Ham should definitely look elsewhere in the winter if they are to go for a fresh face, with the 31-year-old not good enough. Matic has only started twice in the Premier League and has only achieved a WhoScored match average rating of 6.51, with Rice and Noble much better options. Many West Ham fans took to Twitter to react to the transfer report on Matic, with the majority blasting both David Gold and Sullivan along with Mario Husillos for even considering the ageing Premier League player, and suggesting that they need to be targeting younger players who would be available for much cheaper in January. 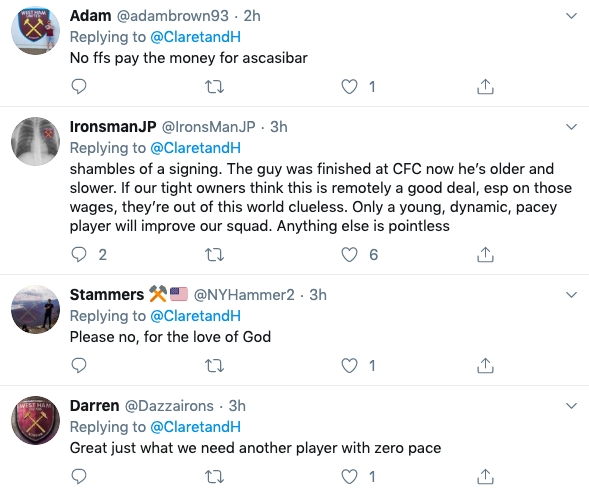 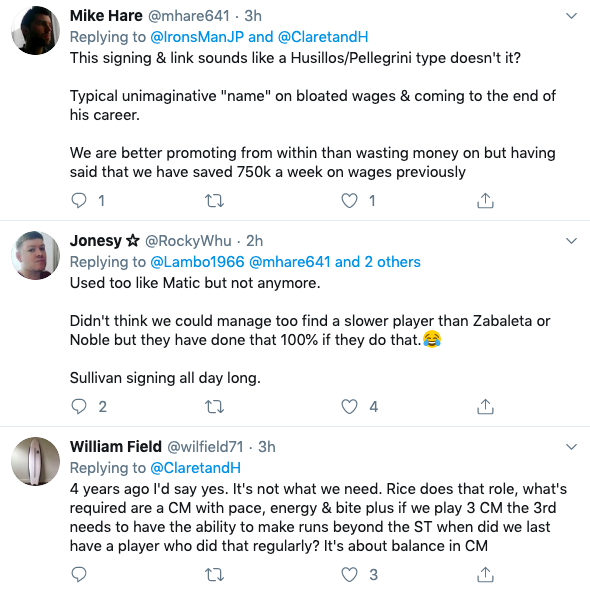