You know West Ham United are going through a tough spell when their best player in the past couple of months has been Grady Diangana. That doesn’t sound too bad, but when you realise he isn’t even at the club, Manuel Pellegrini must be tearing his hair out. That doesn’t seem to be the case though, with the Chilean confirming in his pre-match press conference on Thursday that the exciting winger is likely to remain at West Brom for the rest of the season. Diangana has already been involved in eight goals this season, and with Sebastien Haller looking increasingly isolated, the pace of the young winger could have seen him make a real impact in the final third for the Hammers.  Many West Ham fans reacted to the comments from Pellegrini, with the majority having differing opinions. Some have the idea that it is best that Diangana remains where he is and keep earning experience, whilst some think that he should be back learning on the job in the Premier League in the Hammers’ time of need. 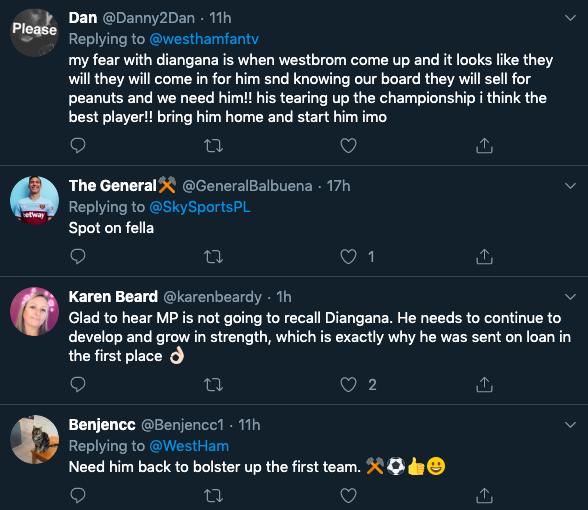 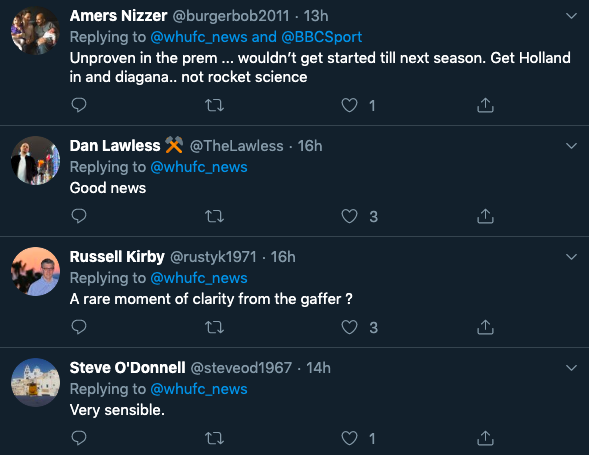