West Ham United youngster Grady Diangana conducted an interview with the club’s official website on Friday, during which he addressed his long-term future amid the raging success of his loan spell with Championship leaders West Bromwich Albion. In it he stated that he ‘definitely’ wants to make it at the London Stadium. The 21-year-old’s immediate future has been rather up in the air in recent weeks, with many people wondering if the Hammers will recall him in January due to his outstanding form on loan and the east London club’s struggles this season. However, Irons boss Manuel Pellegrini recently confirmed that Diangana would be seeing out the campaign at The Hawthorns as planned. The statistics, though, show why the West Ham fans are so excited by this young man. As per WhoScored.com, Diangana has scored four times and made four assists for the Baggies this term, while he is currently averaging 1.6 shots, 1.8 key passes and 2.4 key passes per game. Those are phenomenal numbers and they demonstrate why he is likely the future of West Ham. 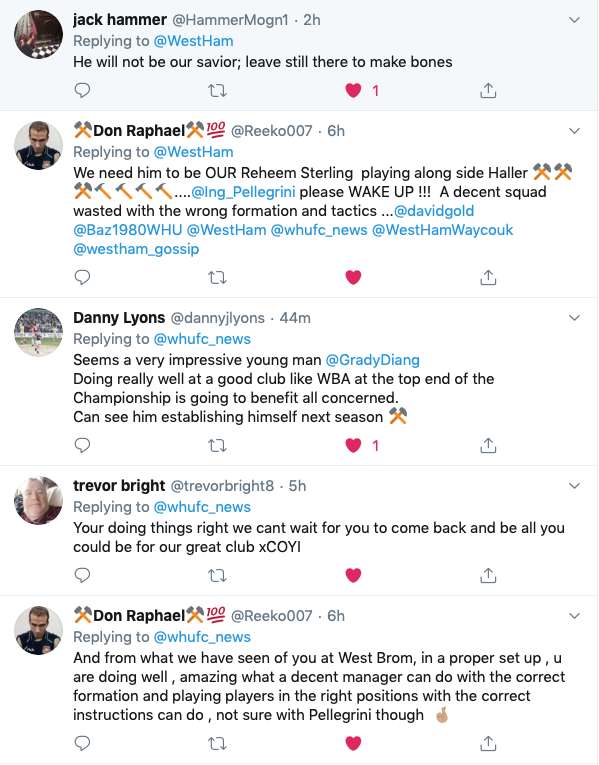