Saturday’s clash against Tottenham is one of West Ham’s most important games in their recent history. The Hammers are winless since September and have the task of welcoming Jose Mourinho back to the Premier League once again. Having Michail Antonio and Mark Noble available to Manuel Pellegrini could be a defining factor in the game, and the Irons’ forward will surely be chomping at the bit to return against their London rivals. The Hammers have been struggling in the final third recently with Sebastien Haller becoming more isolated by the week so the welcome return of a powerful player such as Antonio could really make a massive difference, with the Frenchman having not scored since the beginning of October against Crystal Palace. Antonio confirmed on his personal Twitter account on Friday afternoon that he will return to the action against Spurs on Saturday, after a couple of months on the sidelines. Antonio may have only posted a four-word tweet but fans went wild at the expectation of seeing the forward back on the pitch, with the majority having been desperate to see him return after seeing their club without a win since September. 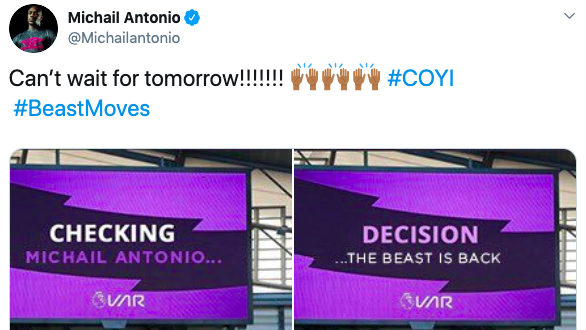 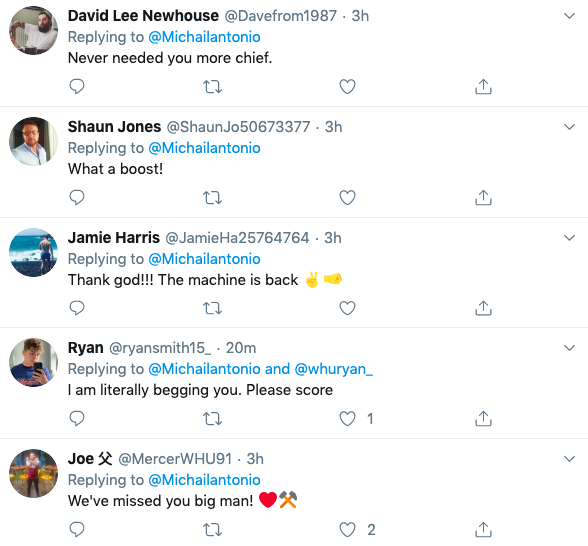 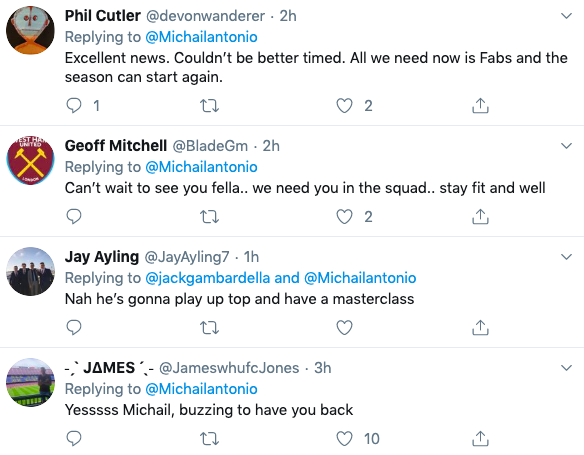