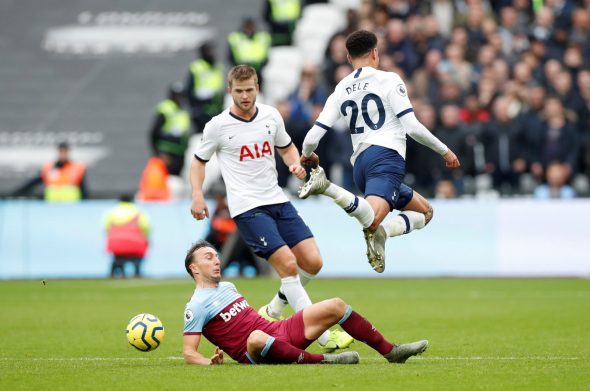 Saturday was another afternoon to forget for West Ham United, and those are becoming a regular occurrence under Manuel Pellegrini. The Hammers were blown away by Tottenham at the London Stadium, and not many players could have left the pitch with their heads held high on a disappointing encounter. Each goal that the away side scored, blame could have been pinned on one of the West Ham players, who were nowhere near good enough, and simply were brushed aside. When the Hammers need someone to step up, it is usually their captain Mark Noble, and Saturday was no different. Noble was one of the only players to try and get in the face of the opposition to disrupt their style, as well as getting on the ball and trying to push his side forward. Many West Ham fans took to Twitter to gush about the experienced midfielder in the 3-2 defeat, with one even labelling the midfielder as “pure class”. 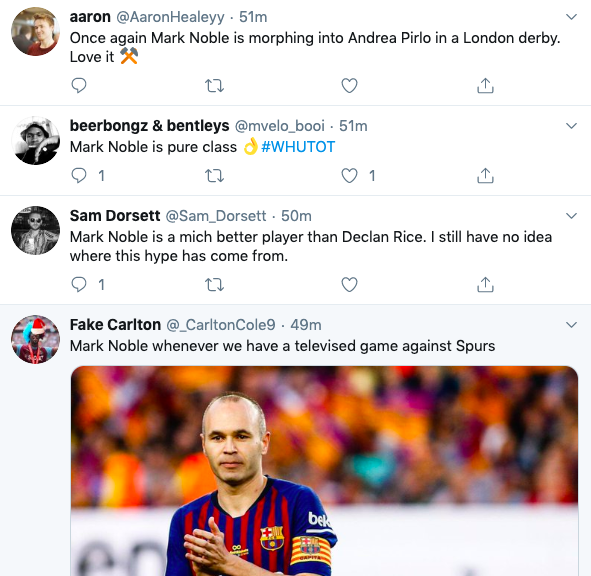