West Ham fans will not have believed their eyes on Saturday afternoon when Manuel Pellegrini finally decided to take the plunge and drop Roberto. The Chilean introduced David Martin in between the sticks for the trip to Chelsea after weeks of mistakes from the Spaniard. The Irons, winless since September managed to get into half time at Stamford Bridge with the score still 0-0. Antonio missed a couple of chances, but it was Martin who caught the eye on his West Ham debut, making a couple of saves to make sure that Chelsea hit a blank at the break. Many West Ham fans took to Twitter to react in the first half, with the majority blown away by the former Millwall man, one even claimed that Martin deserved to win the Hammer of the Year award for his efforts in the opening 45 minutes in the London derby, whereas some were more reasonable in their verdicts just praising the keeper for making their side looking a lot more solid at the back. 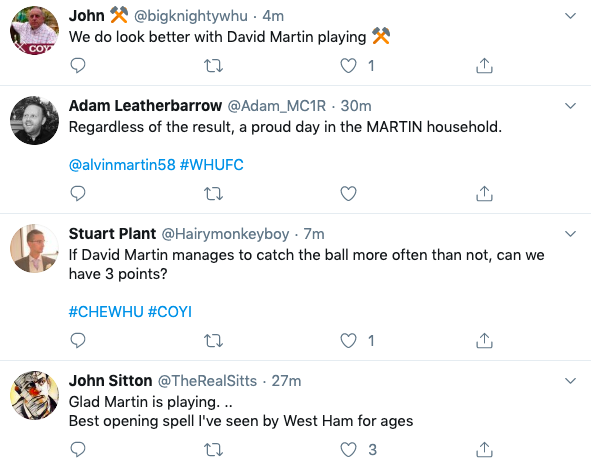 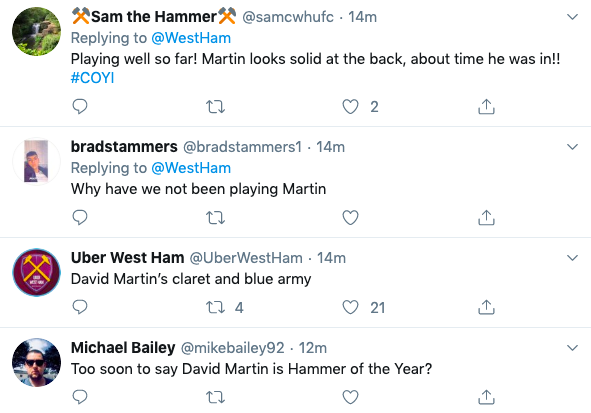