There wasn’t much for West Ham United fans to cheer about when they welcomed Newcastle United to the London Stadium. After a winless October, it was no surprise to see a Hammers’ side lacking in confidence when falling to a 3-2 defeat. The game looked over at half-time in East London, after goals from Ciaran Clark and Federico Fernandez sent the Magpies two goals into the lead. Manuel Pellegrini had to make changes at half-time, and he did just that, bringing on attacking duo Manuel Lanzini and Albian Ajeti into the action. It didn’t change much as they conceded again on their way to yet another defeat. The Argentine international did at least at a bit of urgency in the middle of the park and into the final third. Many West Ham fans showed their appreciation for Lanzini after he came off the bench, and one even suggested that he has to start every game for the Hammers moving forward. 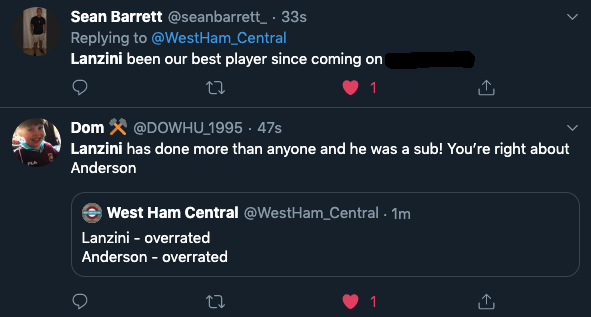